Apple today announced that it will be providing special coverage of the 2020 presidential election in the United States starting today, complete with news and analysis from dozens of sources, including ABC News, CBS News, CNN, FiveThirtyEight, Fox News, NBC News, ProPublica, Reuters, The Los Angeles Times, The New York Times, The Wall Street Journal, The Washington Post, TIME, USA Today, and others. 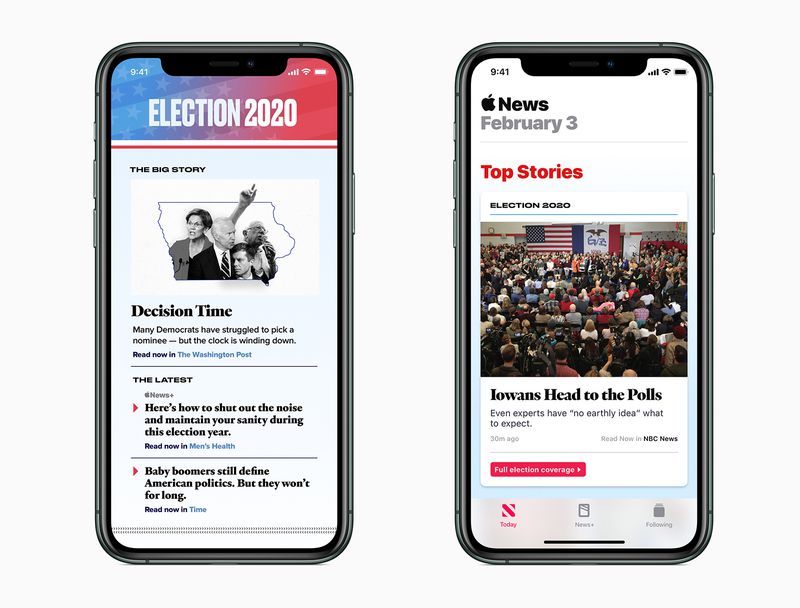 The election coverage will be available through the Today tab of the Apple News app on iPhone, iPad, and Mac. Apple says users must update to iOS 13.3, iPadOS 13.3, or macOS 10.15.2 to access all of the content, including a series of curated guides, state and national polling data, infographics, and other resources.

Beginning with the next Democratic debate in New Hampshire on February 7, Apple News will feature live-streaming video from ABC News, along with real-time analysis and updates from FiveThirtyEight and other outlets. Apple says a livestream of the debate will also be available through its TV app.

The special coverage will last through the 2021 presidential inauguration.

Pauline A . E
Be the change you want to see in the world...
Previous articleNubia Red Magic 5G, 16GB RAM, air-cooling and 64MP main camera
Next articleWistron to Assemble Key iPhone Component, Saving Apple From Major Hike in Import Duties

Why planes don’t fly over the pacific ocean – see reason

0
Why do airlines avoid the Pacific Ocean? You might think it was a safety issue. The Pacific is the largest and deepest of the...
Read more
Video