2019 iPhone Rear Chassis With Triple-Lens Camera Markings Appears on Chinese Social Media… An alleged chassis piece belonging to the 2019 iPhone appeared on Chinese social media this morning with markings on the rear of the device that resemble a housing for three camera lenses. 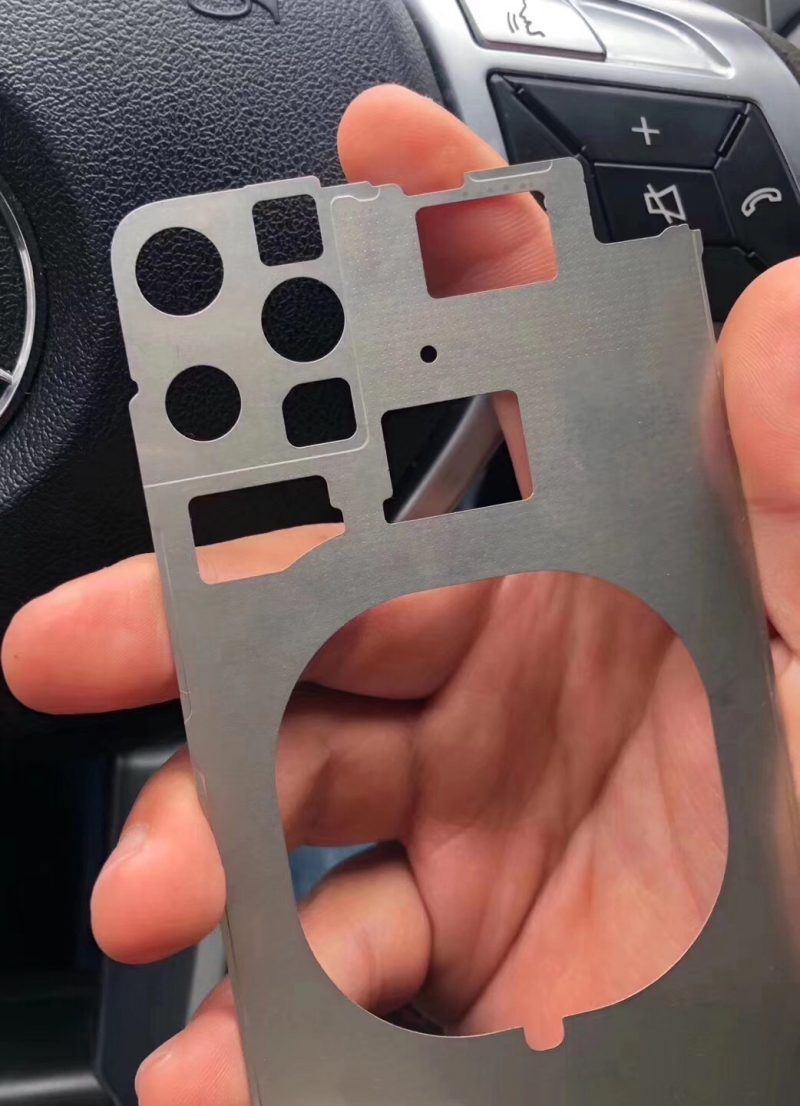 The above image and mockup (below), shared via Weibo and later tweeted by Ben Geskin, tally with rumors that the next-generation iPhone will feature a rear triple-lens camera system in a triangular configuration.

Last week, an image of a similar chassis piece appeared on Slashleaks, although rumors about triple lenses in an iPhone began way back in May 2018. Well-known Apple analyst Ming-Chi Kuo said in October that he expected the next iPhones to feature triple-lens cameras.

In January, serial mobile leaker Steve Hemmerstoffer (@OnLeaks) released renderings of the supposed iPhone 2019 model, with a similar unusual-looking patch on the rear for three lenses, a flash, and a mic in the triangular arrangement.

The Wall Street Journal has since reported that Apple plans to introduce a triple-lens camera system in at least one of the iPhones coming in 2019. Shortly after that report, Bloomberg seemingly confirmed the rumor, but neither publication mentioned how the lenses would be configured.

A triple-lens rear camera on the next iPhone would allow for a larger field of view, a wider zoom range, improved low light performance, and it would capture more pixels, but the appearance of the lenses and the size of the housing on the leaked images has divided Apple watchers.

Pauline A . E
Be the change you want to see in the world...
Previous articleOPPO is developing a smartphone with a retractable display
Next articleGM, Ford, Toyota Partner To Advance Self-driving

0
Hyundai is finally recalling some 76,000 Kona EVs built between 2018 and 2020 after more than a dozen reported fires related to the electric...
Read more

0
15 Coolest Car Gadgets That Are Worth Buying...
Read more

0
The Xiaomi Mi 11 went official three days before the long-awaited end of 2020. And while the new year did not turn out the...
Read more

Save your Google Pixel 5 money

0
Save your Google Pixel 5 money... It's no surprise to anyone that Google's Pixel devices have gotten more expensive with every iteration; the original Google...
Read more
Video

Is SUPER FAST charging BAD for your phone?