All Tech News
Home Apps Apple Confirms Redesigned Maps App Has Rolled Out to All Users Across...
AppsFeatured

Apple began testing an expansion of the new Maps app to the Southeast and Central United States in late December, which were the final two regions to get the Maps app, but the full rollout was not completed until today. 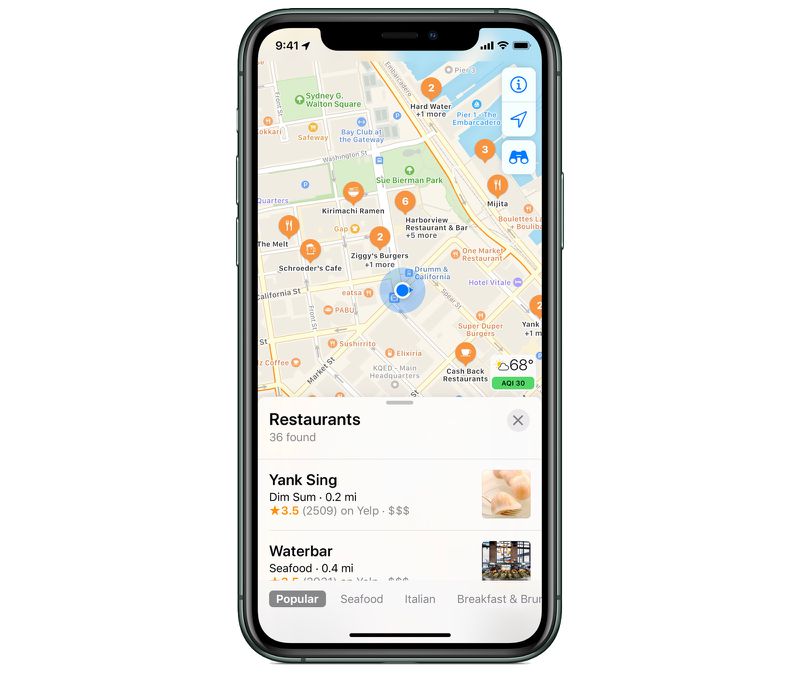 In an article announcing the completed launch of the new Maps app, Apple’s vice president of Internet Software and Services Eddy Cue said that Apple is “deeply invested” in creating the “best and most private” maps app in the world.

“We set out to create the best and most private maps app on the planet that is reflective of how people explore the world today. It is an effort we are deeply invested in and required that we rebuild the map from the ground up to reimagine how Maps enhances people’s lives — from navigating to work or school or planning an important vacation — all with privacy at its core. The completion of the new map in the United States and delivering new features like Look Around and Collections are important steps in bringing that vision to life. We look forward to bringing this new map to the rest of the world starting with Europe later this year.”

Along with announcing the new design features in the Maps app, Apple highlighted Maps features added in iOS 13 such as the street-level Look Around view, which is available in New York City, the San Francisco Bay Area, Los Angeles, Las Vegas, Houston and Oahu, plus Collections, for creating lists of favorite places.

Favorites, another new ‌iOS 13‌ feature, lets users save directions for places that are frequently visited, while other major Maps features include Share ETA, flight status info, indoor maps for malls and airports, Sirinatural language guidance for directions that are easier to follow, and real-time transit information in cities that include San Francisco, New York, and Los Angeles.

Apple also shared details on the privacy features built into the Maps app. Maps is not connected to the Apple ID, personalized features are all done on-device, data collected by Maps is associated with random identifiers that continually reset, and Apple servers “fuzz” location searches by converting precise locations where searches originated to a less-exact location after 24 hours.

With the rollout of the new Maps completed in the United States, Apple plans to also bring the redesign to Europe “in the coming months.”

0
Lenovo Legion 2 Pro vs ASUS ROG Phone 5 Ultimate... Hey guys, in this video i did a animated specs comparison between the Legion 2...
Read more
Video

0
Lenovo Legion 2 Pro vs ASUS ROG Phone 5 Ultimate... Hey guys, in this video i did a animated specs comparison between the Legion 2...
Read more

Samsung’s “Most Powerful” Galaxy is Coming

0
Realme is delving deeper into the mobile accessory business with its first smart band. The Ralme Band features a 0.96” color display with 80...
Read more