Apple released iOS 7 software version on September 18 for all iOS users across the globe. After hammering the Apple download servers for hours, finally millions got to enjoy the totally new refreshed look bearing iOS 7. The comparison of the iOS 7 with Google Android had sparked way before the former was officially released for the public. 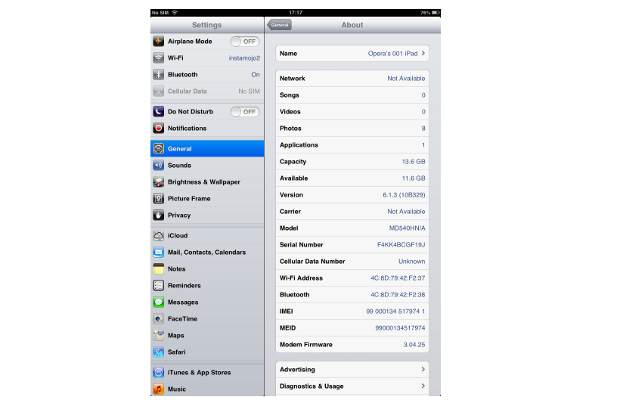 Apple has redesigned the user interface and added over 200 new features to the iOS 7 software update. 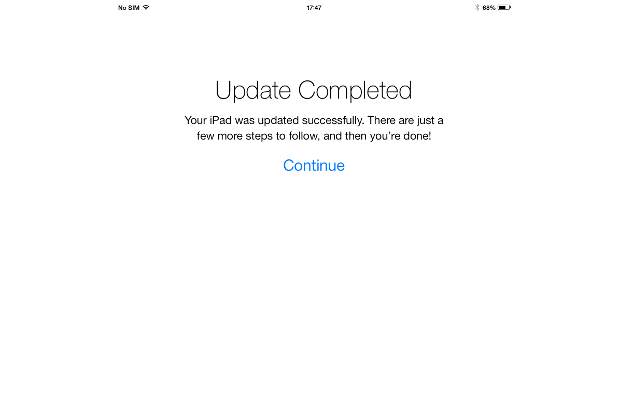 We also managed to get our hands on the software update and had a closer look to the iOS 7 software update on iPad Mini tablet. Here is our experience so far with the Apple iOS 7 update. 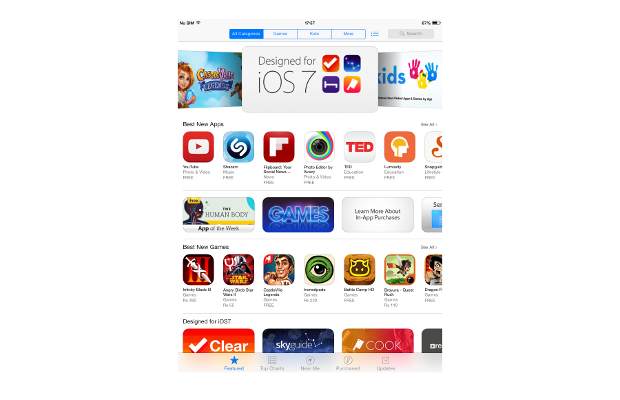 Complete aesthetic overhaul of the iOS 7 update is indeed the biggest change in the iOS so far. Meanwhile the rival Google Android mobile operating system underwent several face lifts and changes in last six years. We could write endlessly about the new iOS 7 user interface and new features but it would get really tedious to write as well as read. We thus here tried to cover major improvements and changes in the iOS 7.

The new iOS 7 software looks nothing like any of its predecessors. Apple has loaded the iOS 7 with ‘parallax motion effects’ so when the user turns or moves the device, the background image along with icons move on the screen to match the movement of the device. It may cause several people to freak out with over responsive user interface. Thankfully Apple has offered an option to reduce the motion throughout the system. The text by default seems slimmer and many might find it difficult to read. Thankfully the text can be made larger and bolder. 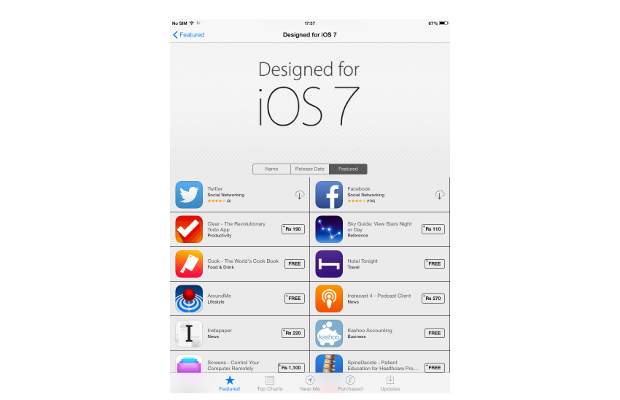 Apple has packed plethora of customisation capabilities in the Accessibility section of the Settings app. Fiddling around with that will help the user to make visual changes in appearance of text, effects and much more on the user interface. Right from lockscreen to every button in the system, everything has been flattened and decorated with the Helvetica Neue font. Most of the applications and menus will have a white background with chrome borders. The new font and white background makes the screen appear rich and clean. Right form dialer to keyboard, every aspect of the user interface appears flattened.

Since this is a full overhaul, even the icons have been redesigned and flattened. The design and colour of the icons are different than all previous icons so it may take a while for users to get familiar with them. The animations at times slow down the performance on the iPad Mini which thus becomes sluggish several times. However, changing the wallpaper from dynamic to deep did help a bit. Only those who are accustomed with the iOS user interface would totally feel like home and won’t take much time to get used to the user the options.

Getting started with iOS

The most glaring change in the new iOS version is the placement of Spotlight. Now you have to swipe down from the center of the homescreen to find the Spotlight search box. Similarly the Multi-tasking interface has been changed from wiggling icons at the bottom to rich card-based access. Long pressing the Home button brings the list of open apps with icon and snapshot card of the relevant app on top of it. Users can simply tap and push the app card upwards to stop the app. 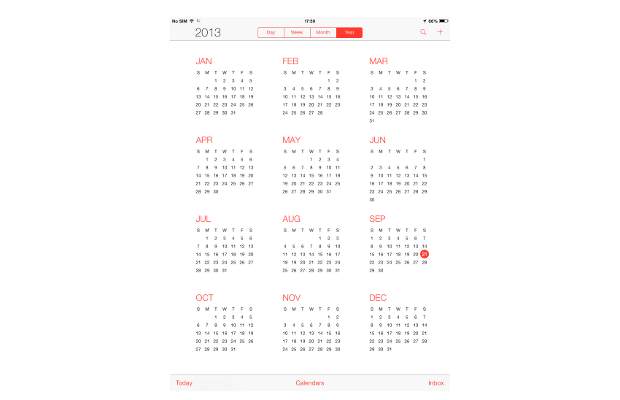 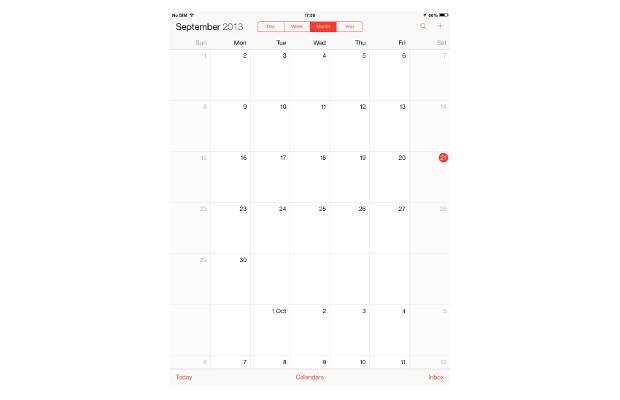 Control Center is one of the most talked about feature of iOS 7 as well. Swiping upwards from the bottom of the screen reveals a new translucent menu tray – Control Center. All the major controls that require simple toggle or scrolling are available in this tray including Airplane Mode, WiFi, Bluetooth, Rotation Lock, Volume Control, Brightness Control, Music Control, Torchlight, Timer, Calculator, Camera and Air Drop. Apple has introduced a new method of sharing apps and other content between iOS device using AirDrop that provides a secure and fast way to share information. In a way, Control Center will remind you of the inverted Notifications Tray of the Android devices with Settings included. 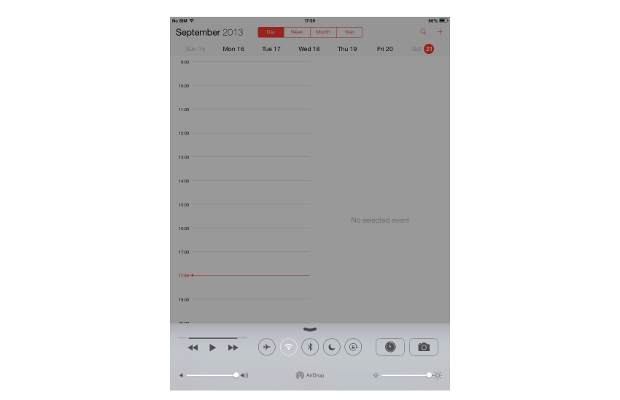 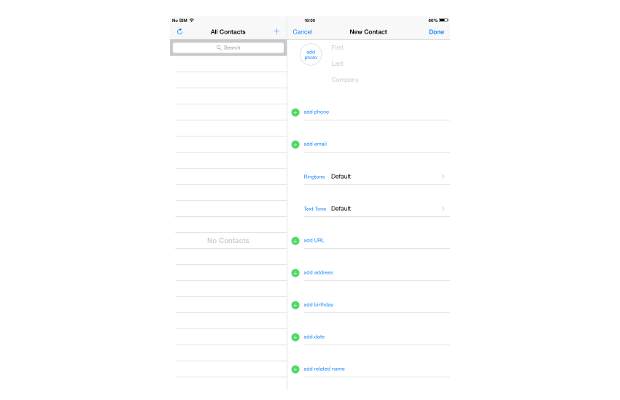 You will also find an improved Siri which is no more in beta stage. Several new search additions and features have been added to Siri but not even half of those features would be made available in India region. Since Siri takes over the search, Spotlight takes a backseat when it comes to searching content from the web apart from that on the iOS device.

In iOS 7, several native apps have background auto-update feature so that you get the latest weather and stocks information. The Lockscreen now offers access to the Notifications tray along with new Missed for missed calls while the ‘Today’ feature shows itinerary, weather and other information for that day. Notifications have been improved and appear less intrusively distracting than earlier. 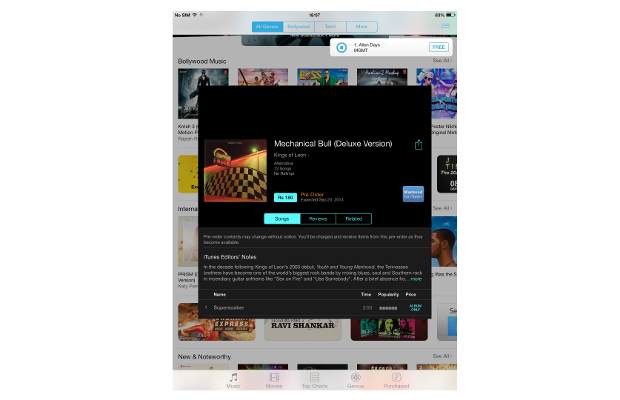 As mentioned earlier, Apple iOS 7 provides several new controls such as Background Application Refresh and customisation options in the Settings app. Apple has attempted to make the iOS 7 more robust and automated in terms of fetching data to show updated information without having the user to refresh an app.

Apple iOS 7 also brings revamped native applications with new look and features in order to raise the standards above the third party apps available in the App Store. Talking about the App Store, Apple has improved this by like about five times. In iOS 7, the App Store can automatically download and update your apps in the background. Of course there is a setting for you to allow that. The App Store is snappier and faster compared to older versions. The iTunes app also is quite responsive when it comes to browsing videos or songs. The download processor on both App Store and iTunes is shown like a Hydrogen Atom model changing itself. At any point of time, the users can share the information with friends over Air Drop. 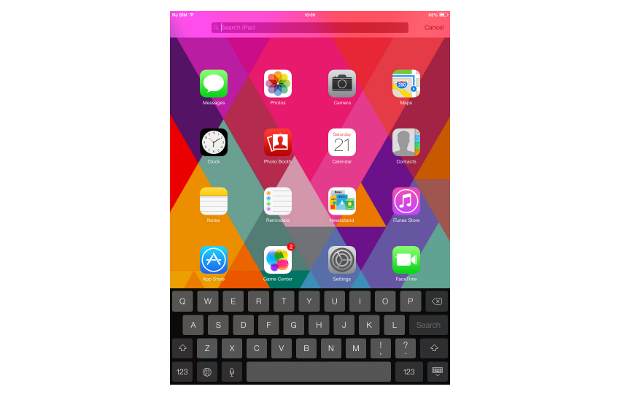 The Mail and Calendar apps have been updated with the flat style look and responsiveness. The Calendar still has things to learn and adopt from the third party Calendar Apps. Even the Weather app is great looking with the information fetched from Yahoo! Weather. 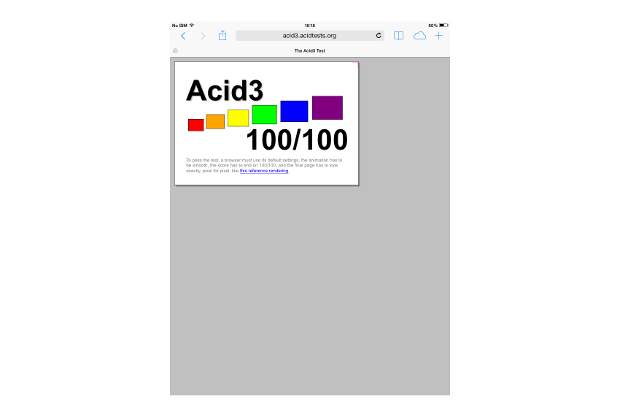 One of the most important change in the native app occurs in the Camera app. Apple has made this app very fast to load and very easy to use. The Camera app in iOS 7 now offers different formats to choose from – Still, Panorama, Video and Square. The Square format now allows clicking photo in a square dimension by default. Not only that, the new filters can help the user choose the best look for their images. Best part is that the users can choose a filter to see a preview right before clicking an image in both still and square format. Once the photos have been clicked, you can head to the new Photos app that has a smart algorithm to sort all the images by date and location. This classification is tagged as Years, Collections and Moments. Collections are the folders carrying images geo-tagged to specific location. All these photos can be shared using Air Drop and with other users by creating a Shared Stream using iCloud. Clicking pictures is apparently very easy and faster than in previous versions.

Apple Safari mobile browser drops the all grey panels in one single bar at the bottom with back, forward, Air Drop, Reader Mode and Tab view buttons. These buttons are merely depicted using thin lines so one can barely call them buttons. The address bar has been transformed into unified search box so you simply can feed any keyword to search or type out the URL of a website you wish to check out. New Shared links shows list of Twitter updates with URLs shared by the users in your Twitter Timeline. Also, you can add web pages and articles to your Reading List so that you can re-visit them any time. At this moment, iTunes Radio service is limited only to the US region and we hope that it will be available to other regions including India.

The apps did load a wee bit faster than on iOS 6.0 so we see a slight improvement but at times the performance stuttered. Hopefully an update could fix some of the underlying issues and get the iOS 7 fit for everyone. Apple Maps app seems to be little more responsive but that could be over call and we did not dare to venture out using that.

Security of the data is covered with the new Activation Lock feature that requires logging into the iOS device using Apple ID bound to that iPhone in order to unlock it. So if the phone is stolen or lost, the owner can not only lock the device but also make it unusable for anyone.

Though we spent just four to five days using the iOS 7 on iPad Mini, it is good enough time to conclude that the update makes the overall experience smooth and interesting. Of course, the lack of buttons and over load of animations as well as motion is disturbing at time but thankfully we can turn them off. Google Android users have seen more makeovers with the operating system than the iOS users. Of course, this is a radical change from the iOS updates of yesteryears to a new, refined, and colourful user interface. 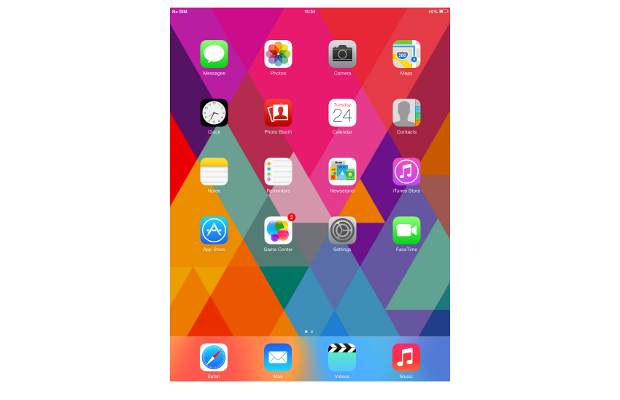 Several changes have happened under the hood which will change things for coming years – for instance, the 64-bit support. That aims to make the iOS platform more fast and robust to handle large data requests and heavy app usage. Apple has realized the growing love of users for the Android‘s transitions and animations, so the iOS 7 clearly reflects the baby steps to integrate something similar for the iOS 7 platform. Control Center, improved Camera app and better notifications are some of the major improvements that are worth a praise. Like many others, we too have spotted some issues with design and inconsistencies at places but overall iOS experience has been more pleasant. 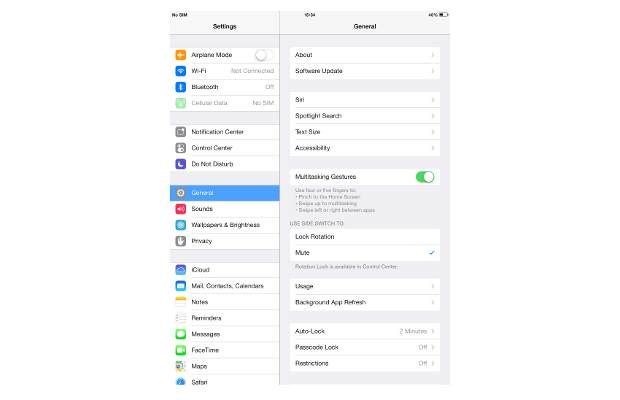 0
HOW TO MAKE 350k AND ABOVE EVERY MONTH FROM GOOGLE ADMOB FOR FREE (100% Assurance) Admob is one of the best platforms for applications for...
Read more
Apps

Steps on How To Delete My Kuda Bank Account

0
How Do I Delete My Kuda Bank Account? For anything reasons you might need to erase your Kuda Bank account, this article will direct you...
Read more
Apps

0
Sony is the furthest down the line organization to refresh their most recent leaders to Android 12. The Xperia 1 III and Xperia 5...
Read more
Apps

When Dangerous Animals Don’t Know What Glass Is

0
When Dangerous Animals Don't Know What Glass Is... Sometimes the world is a confusing place. Let’s take glass, for example. It’s completely transparent and if...
Read more

0
This is to notify the general public that the KSUSTA  Admission List for 2019/2020 academic session has been released. Candidates who applied for admission...
Read more
Video

0
iOS 15 - New Features and Follow Up Review... iOS 15 Beta 1 released a few days ago to Developers and will be released as...
Read more