Apple has launched a new YouTube channel that’s dedicated to its TV app, offering up trailers, behind the scenes commentary, interviews, show clips, and more.

Apple appears to have debuted the new channel, All Tech News noticed this morning, about a month ago. The channel seems to have launched when Apple announced plans for a revamped Apple TV app and a new Apple TV+ streaming service. 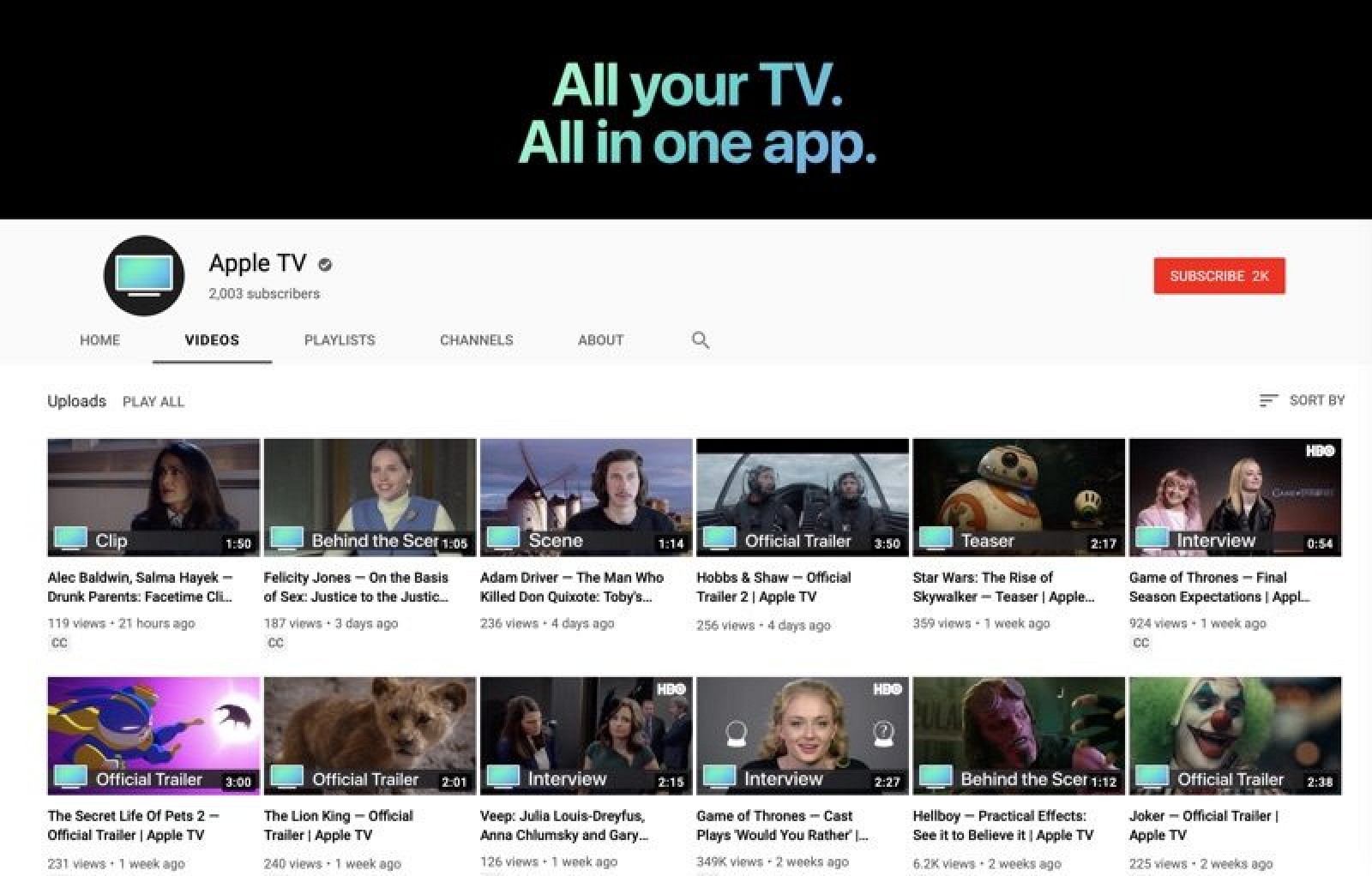 Quite a few videos have been uploaded, many of which are clearly labeled with titles like “Official Trailer,” Interview,” or “Clip.”

Trailers for many popular upcoming movies are included, such as “The Lion King,” “The Secret Life Of Pets 2,” and “The Joker,” along with clips and interviews from “Game of Thrones,” “Veep,” and more.

The channel features trailers for Carpool Karaoke: The Series, which suggests this is where Apple will share trailers for its original TV shows and movies as the Apple TV+ service’s fall launch approaches.

Apple’s updated TV app is already available to developers and public beta testers who have installed iOS 12.3 and tvOS 12.3, and it will be available to everyone when those operating system updates launch.

It appears that the Apple TV channel will be used in conjunction with the revamped TV app to promote television content that’s available to watch through the TV app.

0
Facebook to invest $1 billion in news industry... Facebook Inc on Wednesday pledged to invest at least 1 billion dollars in the news industry over...
Read more
Internet

This is fastest way to generate free criptocurrency

0
Use this it will help you generate Cripto Currency then withdrew to your local bank, But you must install Telegram on your smartphone: use...
Read more
Internet

Get ₦1,000.00 daily just by Signing up with PiggyVest – Watch your money keep growing

0
This one will help you generate money fast But you must install and open Telegram on your smartphone: Click Here To Join and start...
Read more

0
15 Coolest Car Gadgets That Are Worth Buying...
Read more

0
The Xiaomi Mi 11 went official three days before the long-awaited end of 2020. And while the new year did not turn out the...
Read more

15 Clear Signs Your Phone Was Hacked