Apple has removed messaging app “ToTok” from the App Store after an investigation by the New York Times concluded that the app was actually a spying tool being used by the United Arab Emirates government to mass surveil its citizens. 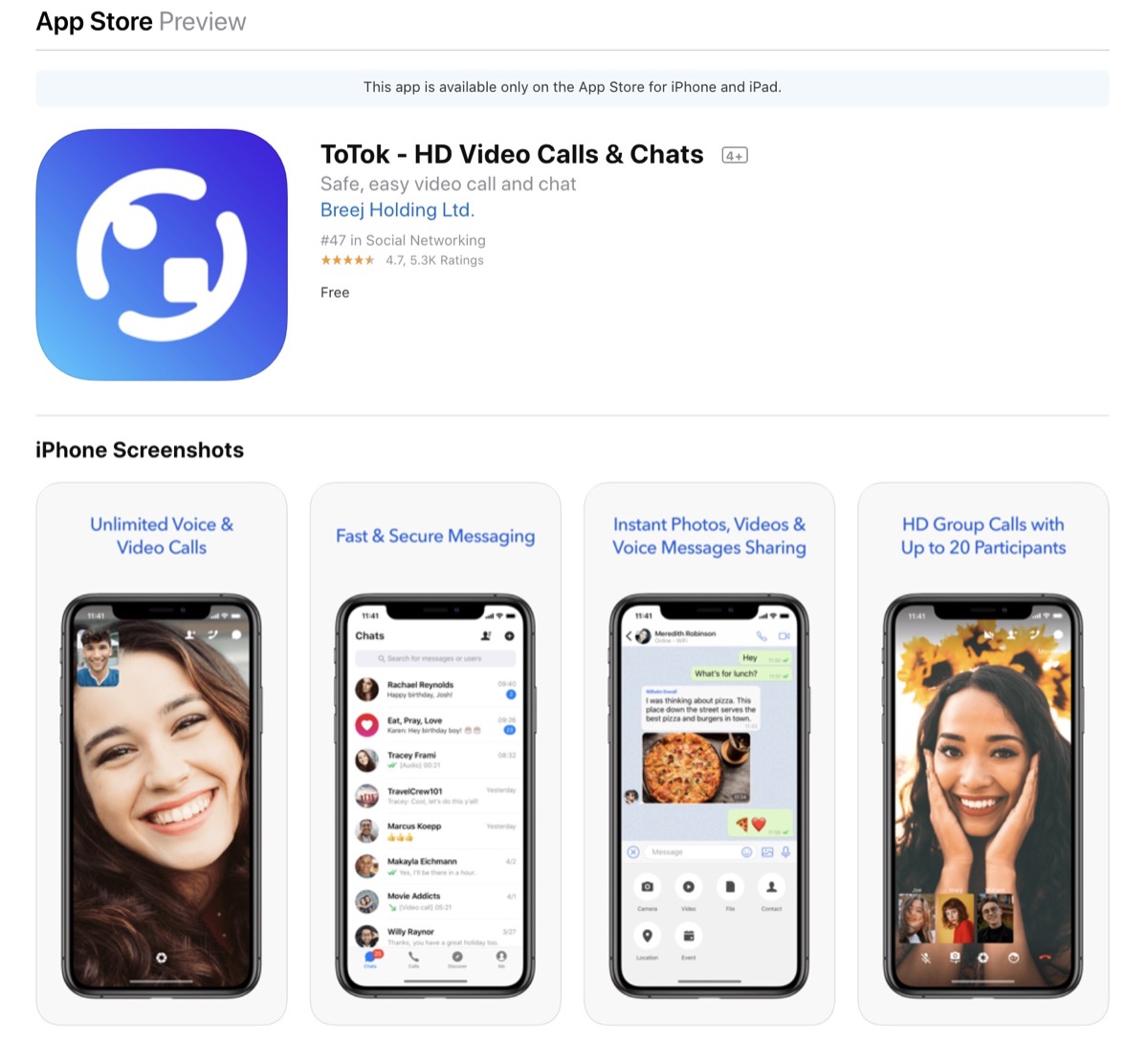 According to the report, which cites U.S. officials familiar with a classified intelligence assessment, the app was being used to mine data from users’ contact lists and track locations by offering a localized weather forecast.

ToTok’s privacy policy notes that it “may share your personal data with group companies,” but it turns out that the app is linked to Abu Dhabi-based cybersecurity firm DarkMatter, which is under investigation by the FBI for possible cybercrimes. A U.S. intelligence assessment also linked ToTok to Pax AI, an Abu Dhabi-based data mining firm.

In the time that it was available on the ‌App Store‌ and the Google Play store, the app was downloaded by millions of users in the Middle East, North America, Europe, Asia and Africa. The app was particularly popular in the UAE, where other messaging apps like WhatsApp and Skype are partially blocked. Users who installed the app on their devices are being advised to remove it, as any surveillance capacity could still potentially operate unhindered.

The UAE has reportedly been using surveillance technology to crack down on internal dissent in the country, including hacking Western journalists and holding human rights activists in solitary confinement over Facebook posts.

It’s not the first time we’ve heard reports that apparently legitimate apps are being used as fronts for governments to spy on their citizens. An October report from the Open Technology Fund (OTF), an initiative funded by the U.S. government, revealed that an “educational” app teaching the Chinese Communist Party’s policies includes code that amounts to a backdoor into users’ Android devices.

A separate report elaborating on the findings said that the app, known as “Study Xi, Strong Nation,” essentially gives the Chinese government the capacity to determine “the location of every citizen at any single point in time.”

0
Completion of the China-Russia natural gas pipeline is a necessary push for China's energy consumption pattern. Despite the setbacks the project has encountered during...
Read more
Video