LG today announced that the Apple TV app and accompanying ‌Apple TV‌+ streaming service are now available on select 2019 LG TVs in the United States and more than 80 other countries. 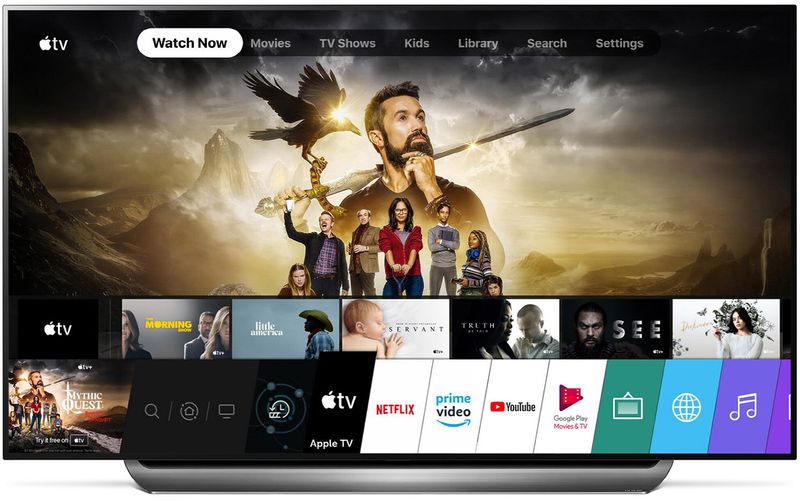 LG TV owners can access the ‌Apple TV‌ app from the LG Home app Launcher, and along with ‌Apple TV‌+, LG users can also subscribe to Apple channels and access their iTunes libraries to rent, purchase, and watch TV shows and movies.

The TVs that support the ‌Apple TV‌ app are also compatible with AirPlay 2, allowing users to share or mirror content from the iPhone, iPad, or Mac directly to an LG TV.

TV models that feature the ‌Apple TV‌ app as of today include the 2019 LED TVs and NanoCell TVs (series SM9X and SM8X). LG says that later in the month, the ‌Apple TV‌ app will also roll out on select UHD UM7X and UM6X models. The app will be available on 2020 models at launch.

In the future, LG also plans to bring the ‌Apple TV‌ app to 2018 models, but that won’t be happening until later this year.

Pauline A . E
Previous articleXiaomi Mi 10 Pro – OMG!
Next articleApple in Talks With Banks to Bring Apple Pay to Israel

How to transfer WhatsApp chat backup from iPhone to Android

0
If you have ever wanted to switch from iPhone to Android, the biggest question you ask yourself is how to transfer the data and back up...
Read more
Mobile Phones