Application updates of the week

Huawei introduced the now- rare Android flagship for the mass consumer without Google services, the popular Pocket Casts podcast player has become free, and the Vivaldi browser for Android is now available in alpha builds.

The most significant update of the most popular third-party launcher: support for the system dark theme in Android 10. If the user has activated an alternative color scheme, the launcher will respond to this by changing the background of the list of applications, folders and the search bar.

The function “Night mode” already existed in Nova Launcher, just now it can be activated not only manually through the launcher or depending on the current time. In addition, the user can adjust the background color (completely black or dark gray), as well as a list of elements that are affected by the mode. 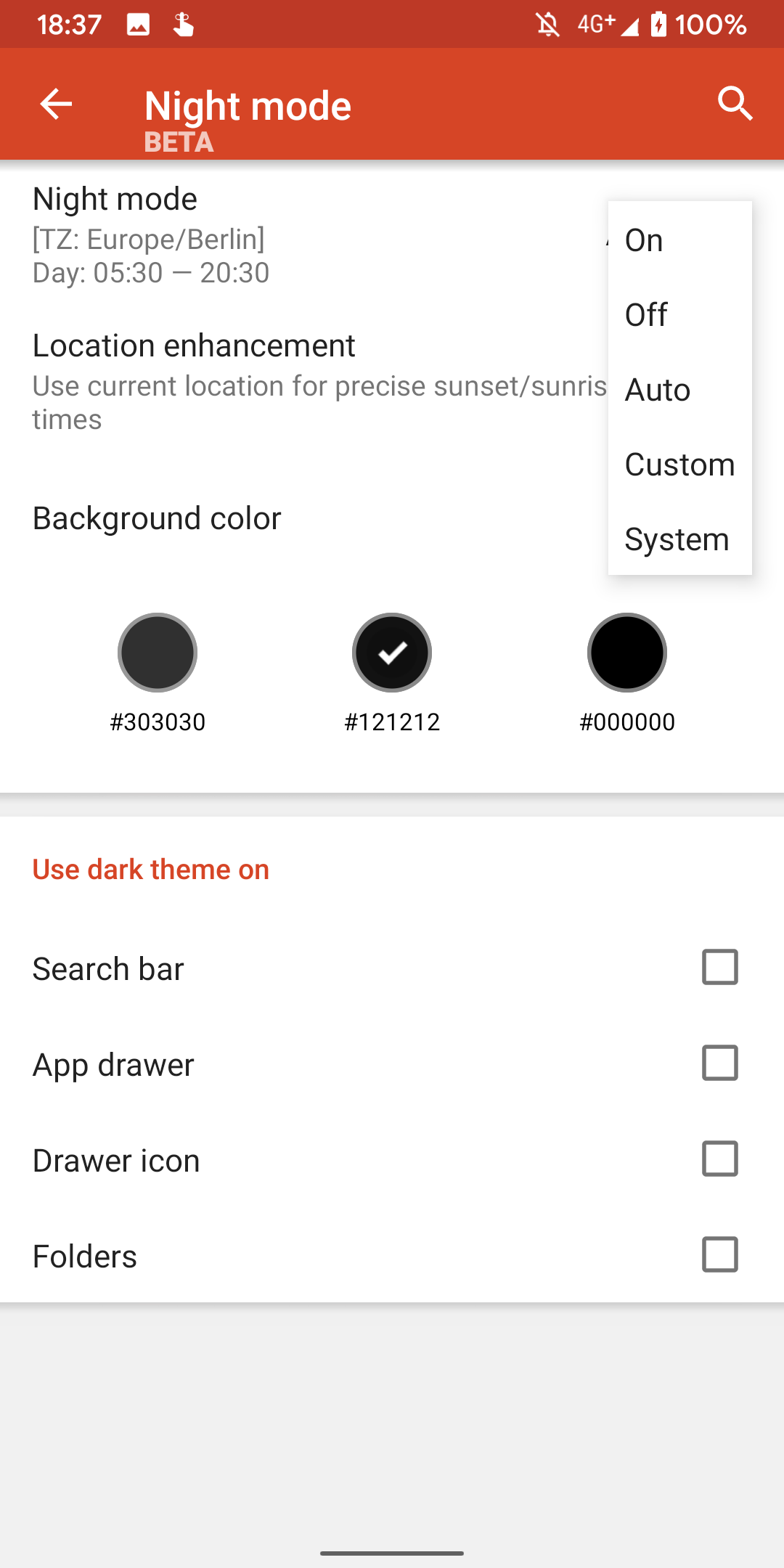 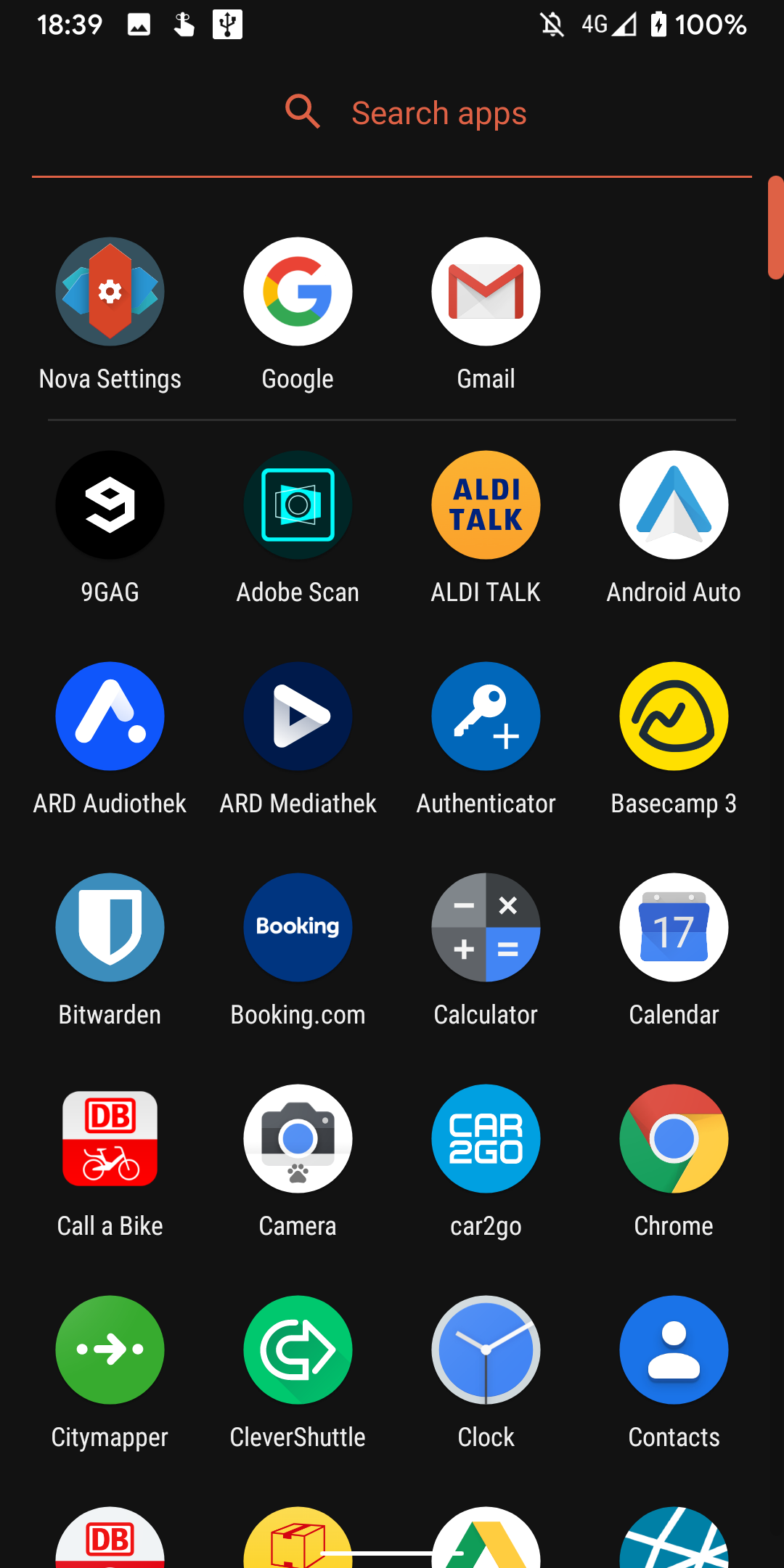 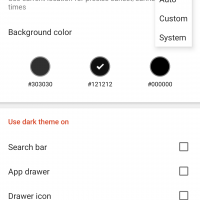 Judging by the BETA mark, the innovation is still being tested and will fall into the main branch for all users a little later, in a week or two.

Sites learned to access the file system of the device through Chrome in order to change documents in it. For example, a user can select a .txt file on his smartphone or computer in an online text editor. That will save all changes to an existing document automatically.

The Google team came up with several mechanisms to protect against unauthorized access to the file system. Sites will be able to see only the files selected by the user, as well as record or modify the contents only with a separate permission.

Developers can also use the API to receive Chrome the contents of SMS messages, for example, to automatically substitute a verification code. Android is already able to do this, and ordinary websites will soon learn, and they will not really get access to the full content of the letters.

Also in the beta beta branch of Chrome there were several useful innovations in the API and bug fixes.

Unnotification – an application for managing all notifications received on a smartphone, including those already closed from the curtain. Now it works with all smartphones based on Android 6.0 Marshmallow and higher, but this is not all innovations.

The notification manager now allows you to automatically clear the list of saved notifications after a specified period of time or send them to the cloud. 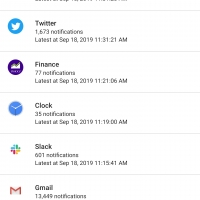 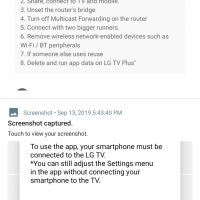 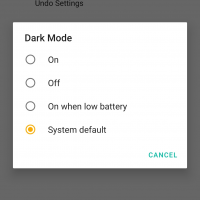 And users with devices on Android 8.0 Oreo and higher can view all notifications pending through the system function and cancel their future display. With Android 10, a dark theme is supported, and the design switch is available in the Unnotification settings.

The application for replacing Digital Wellbeing on smartphones that do not work with Google’s service has already reached the fifth major version.

The new Fresh Start function is designed to solve the problem of returning to applications that distract from important matters after unlocking the smartphone. If the user was sitting on, say, Instagram, and then blocked the smartphone, then after he unlocks again, ActionDash will be thrown into the launcher, preventing him from “sticking” to Instagram again. 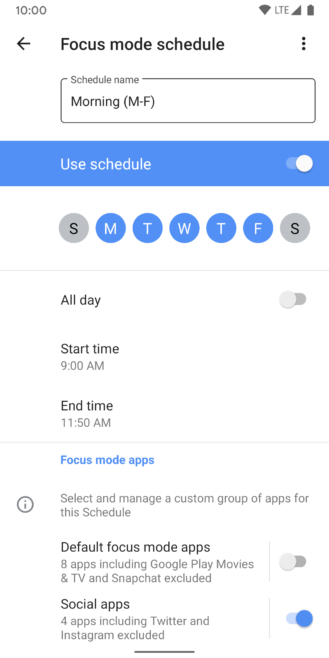 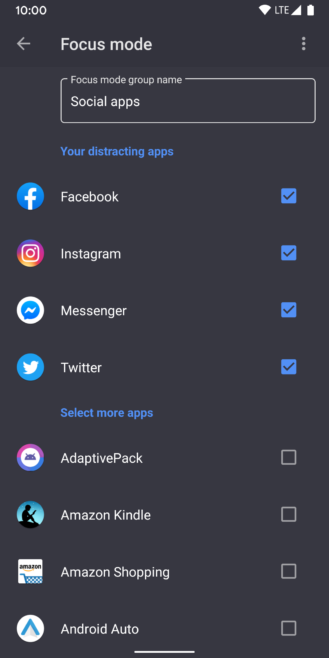 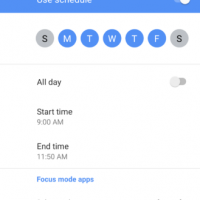 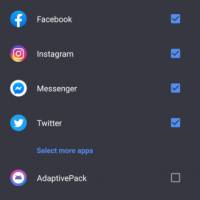 The focus mode, which debuted in ActionDash 4.0 , can now be turned on for a whole day or block the Google Discover news feed, which is usually located on the far left screen of the launcher.

Another small innovation is the ability to change the application language regardless of the system settings of the smartphone.

0
Facebook's controversial plan to sell ads in WhatsApp has been put on the back-burner, according to a new report today from The Wall Street Journal. WhatsApp...
Read more
Apps

Why Facebook has delayed the introduction of ads on WhatsApp

0
The Wall Street Journal reported citing its sources that Facebook has postponed plans for the introduction of advertising in the WhatsApp messenger for an...
Read more
Apps

0
Android’s core apps suite has the benefit of receiving regular updates which are independent of major OS updates. In some cases, though features are...
Read more

How to update iPhone to iOS 13 using Windows (Command Prompt)

0
Samsung kicked off the Android 10-based One UI 2.0 beta program for the Galaxy Note9 last month and now it's seeding the stable build of Android...
Read more
Gadgets

Apple May Be Planning to Break Up iTunes

0
The AR7 Twitter graphic designer is creating screensavers for smartphones, tablets and laptops. A new collection of wallpapers for all iPhone models is dedicated to...
Read more