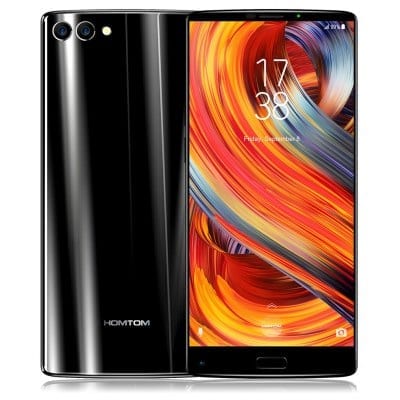 Although not a buzzing name in the market as of the time of writing, the Homtom S9 Plus deserves more credit than it is getting. Here, we have a device that sees engineering at its premium on a midrange unit – pairing glass on the front to a glossy metal finish on the back.

Going under the beautiful surface, it can be confirmed that the smartphone gives the user as much as 64GB of internal storage space which can then be expanded up to 128GB. Likewise, the CPU is not left out of the big party since it has 4GB RAM.

Under the 5.99-inch screen which supports as much as three fingers at once are the quad-core 1.5GHz processor and Android 7.0 Nougat at the helm of operations. The back of the unit is quite interesting, not just because of the glossy metal finish, but the introduction of dual camera units.

0
In the beginning, everyone was skeptical. But Elon Musk’s SpaceX defied expectations – and on Wednesday hopes to make history by ferrying two NASA...
Read more
Tech News

OnePlus Game Space decoupled from the ROM, moved to the Play Store with Game Support

0
The OnePlus Game Space is the latest OxygenOS app to be decoupled from the ROM and moved to the Play Store where it can...
Read more
Tech News

0
One of the convenient features of Android TVs is the native support for Google’s Chromecast. The Chromecast built-in app has reportedly gained a new update that brings...
Read more

0
The ULTIMATE iPad Pro GAMING Setup. Can the iPro Pro game? I take a look Fortnite, Call of Duty Mobile, Minecraft & some of the...
Read more

0
We’ve been hearing a lot about the upcoming iPhone 9/SE 2 in the past months and we were expecting to see the it an bounced in...
Read more
Video