Some of the reasons why Android seems popular to phone manufacturers include that it is open with little restrictions giving OEMs the liberty to be creative and differentiate their mobile phone models.

Although the latest Android OS version is Android 10, most cheap Android phones come with Android 9 Pie, Android 8.0 (Oreo) and and Android 7 (Nougat) and  with a few still on Android 6.0 (Marshmallow) for some time to come.

Android 10 will take some months before it becomes available in cheap Android phones. The next generation Android OS will be launched later this year. We are also hoping that 5G connectivity will come to affordable android phones this year.

Samsung Galaxy A10s is one of the best cheap Android phones around, especially if you are looking for a smartphone from a prestigious global brand. The smartphone features a 6.2-inch IPS infinity-V display plus support for super fast 4G LTE.

Samsung Galaxy A10s comes with Android 9.0 Pie, powered an octa-core processor with 2GB RAM. You also get 32GB built-in storage with support for up to 512GB microSD memory card.

For photography, the Samsung Galaxy A10s offers a 13MP + 2MP dual camera on the back and a 8MP camera on the front for selfies. A 4000 mAh Li-Po battery is also provided. Price starts at around 42,900 Naira. 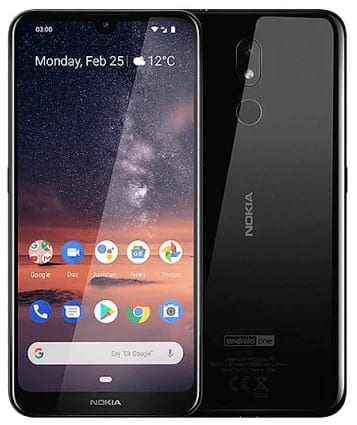 Nokia 3.2 is another great pick if you are looking for cheap Android phones from prestigious global brands. This HMD Global Oy built Nokia phone is a successor to the Nokia 3.1 and Nokia 3.1 Plus.

The device runs smoothly thanks to the Qualcomm Snapdragon 429 processor and 2GB or 3GB RAM. It is loaded with Android 9 Pie with a rear facing fingerprint scanner. You also get 16GB or 32GB built-in storage and 4G LTE for fast streaming and downloads.

The price of the Nokia 3.2 starts at around 39,000 Naira. You may also be interested in the more affordable Nokia 2.2. 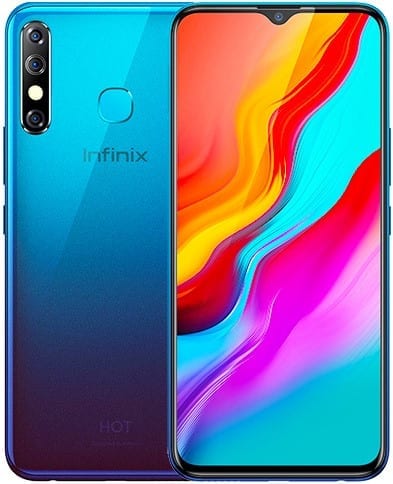 Infinix Hot 8 is the 8th generation member of the Hot series family of affordable smartphones. It is one of the best cheap Android phones, a direct successor of the Infinix Hot 7 Pro. The smartphone is gorgeous available in Quetzal Cyan, Cosmic Purple, Shark Grey, Midnight Black.

Like the Infinix Note 6 and the rest of Infinix’s 2019 lineup, the Hot 8 is loaded with Android 9 Pie. Battery life should be good, thanks to the 5000 mAh Li-Po battery.

The screen got bigger from the 6.2-inch Display provided for the Infinix Hot 7 and Hot 7 Pro to a 6.52-inch infinity-V display with a 20:9 aspect ratio that offers a compact design.

You get a triple camera setup on consisting of a 13MP wide-angle sensor, a 2MP depth sensor, and a QVGA sensor. The sensors combine to deliver impressive photography. For selfie, the Infinix Hot 8 has an 8 megapixels camera.

You have the option of two processors depending on the configuration. The models with 2GB RAM and 32GB built-in storage comes with the 2.0GHz quad-core Mediatek MT6761 Helio A22 processor.

If you want a more affordable option, the Infinix Hot 8 Lite at around 34,500 Naira may be a decent choice. However, note that the Lite edition drops 4G LTE and has a dual camera. You may also fancy premium member 6 generation Hot Series, the Infinix Hot 6X

Samsung Galaxy Fold 2 appears in a live photo, the Galaxy S11 could be called S20

0
One of the most notorious Samsung leaksters, Ice Universe, just tweeted out three unexpected leaks regarding Samsung's most anticipated flagship devices in 2020. The first...
Read more
Video

Why Windows Asks You THIS Question

0
Why Windows Asks You THIS Question
Read more