Cricket Wireless offers 5G connectivity on top of AT&T’s network, but currently it sells only one 5G capable phone. Soon it will add the LG K92 5G to its roster, the first model in the K90 series.

It features a quad camera and a quad LED flash, both arranged in squares on the back. Notice that only one of the cameras sticks, the other three are flush. Anyway, the front-facing camera is mounted inside a centered punch and there’s a side-mounted fingerprint reader plus a Google Assistant key. 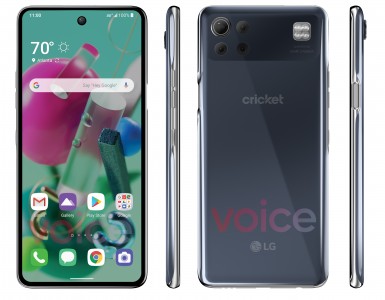 PS. the Voice logo is not part of the design, that’s just a watermark for a new blockchain-based social network that leakster Evan Blass has joined.

0
11 COOLEST Gadgets Available On Amazon... When it comes to mind-blowing products that would leave anyone impressed, Amazon does it like no one else! Whether it’s...
Read more
Video

11 COOLEST GADGETS That Are Worth Buying

Photography Effects We All Would Want To Create | DIY