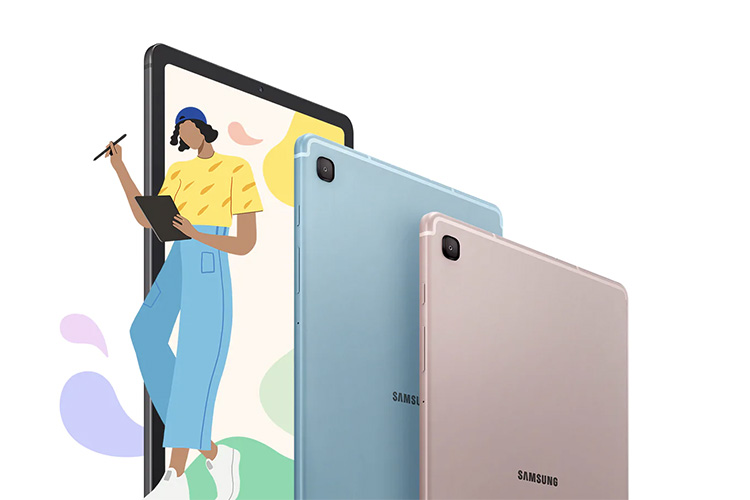 The new Galaxy Tab S6 Lite looks fairly similar to the Tab S6 from last year, with the biggest design change being the single rear-camera. As you may recall, the Tab S6 featured a dual-camera module on the rear. The Tab S6 Lite on the other hand comes with a single 8MP shooter on the back, and a 5MP selfie camera up-front.

The display here is a 10.4-inch TFT panel (which seems just a little sad considering it’s a Samsung tablet) with a 2000×1200 resolution. There’s an octa-core chipset under the hood clocked at 2.3GHz, along with 4GB RAM and 128GB storage. There’s also a 7,040mAh battery in tow.

For connectivity, Samsung has put in Bluetooth 5.0, WiFi 802.11ac, and 4G LTE. There’s also a USB Type-C port for charging and data transfer.

Samsung hasn’t announced pricing details for the new tablet yet, but whenever it does come out, users will be able to get it in Oxford Grey, Angora Blue, and Chiffon Pink colour options.

Opuru Joy
Your challenges either make you a BETTER person or a BITTER one, but they can never leave you as the same person. Challenges are 5% of life. Your reaction or response to challenges are the other 95%. Dont let 5% ruin 95%. Stay BLESSED, not STRESSED, Tech report thrills me, Tech report makes me feel better in this world of technology... All Tech News is the best tech zone.
Previous articleApple New Phone – iPhone SE Price $399 – Photos
Next articleAmazon Slashes Affiliate Commission Rates

0
Unlike the regular OnePlus 7 and last year's OnePlus 6T, the OnePlus 7 Pro will make use of an all-screen design that centers around...
Read more
Video