Huawei‘s upcoming MatePad T10 and T10s leaked extensively last week so the current Geekbench listing serves as more of a confirmation and an indication that the tablets are nearing a release. 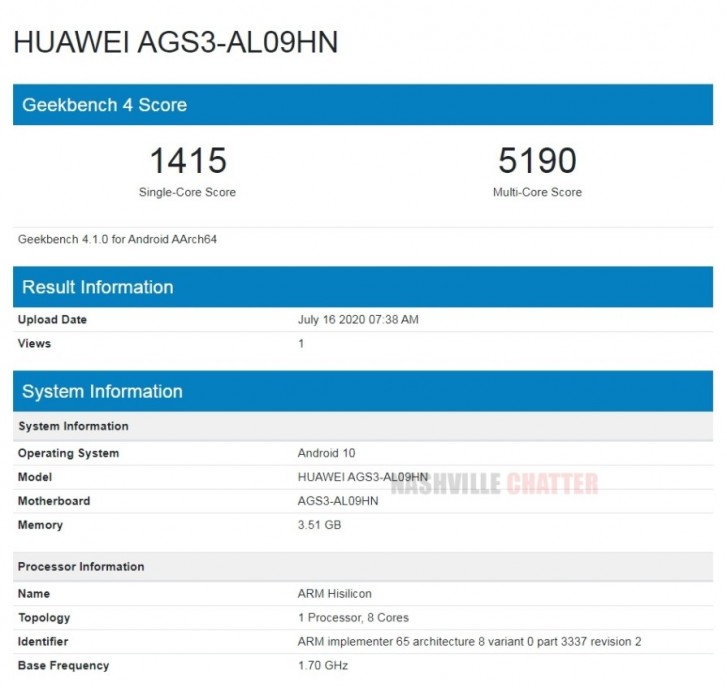 The device with model number AGS3-AL09HN, which is believed to be the MatePad T10s, runs on a Kirin 710A chipset and the tested configuration comes with 4GB of RAM. It runs Android 10 and the SoC’s four small cores are running at 1.70 GHz.

Since the device has been tested on Geekbench, it’s probably safe to assume that the launch is days or at most weeks away.

0
Higher Screen Refresh Rate is one of the most sought-after features on smartphones these days. And that’s why we curated a list of 90Hz and...
Read more
Video

Galaxy S21 – FINALLY, They Are Doing It

Apple Plan Replacing Powerbeats3 with this

0
Apple appears to be working on new "Powerbeats4" wireless earphones to replace the existing Powerbeats3, based on strings in iOS 13.3 code uncovered by...
Read more