Huawei has re-released the Watch GT 2 smartwatch in the New Year’s design, as well as the Freebuds 3 wireless headphones in red. 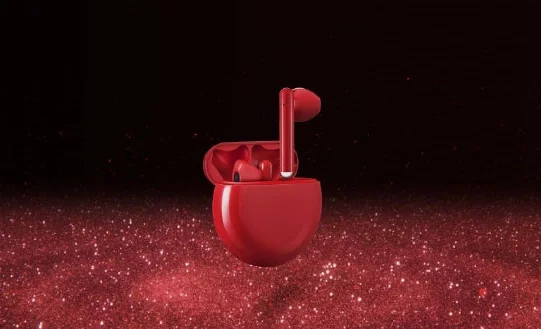 Like the original edition , there are two options for the Huawei Watch GT 2 New Year Edition – with 42 mm and 46 mm AMOLED displays. The younger version was awarded a golden case, which is fixed in a red checkered strap. The older, 46 mm model, was equipped with a black metal case. Her strap is made in red and black colors. In addition, both options will appear with a red silicone strap. Wearable devices can also have special holiday dials.

The new version of the Freebuds 3 wireless headset, both the headphones themselves and the charging case, has turned red. Huawei itself called this color Honey Red (“Red Honey”). There are no technical differences from the classic white version .

Headphones can already be pre-ordered in the Chinese Vmall store at a price of $171.17. This corresponds to the cost of the device in other color options. The cost of the Huawei Watch GT 2 New Year Edition is currently unknown.

0
The Sony Xperia 1 III cell phone was declared more than two months prior, with vows to be dispatched "toward the beginning of this...
Read more

0
Android 11 Chat Bubbles Features Chat Bubbles  After waiting for over a few years, Android brings support for a Facebook messenger like chat heads. It will...
Read more
Video

Apple Silicon Mac November Event (2020) – The Most Exciting Event Yet!

0
Apple Silicon Mac November Event (2020) - The Most Exciting Event Yet! Apple is on track to have their third event in a row with...
Read more