Huawei is gearing up to release its Enjoy Z 5G on May 24 and we’ve already seen its key specs and renders. Now the phone appeared in the database of AnTuTu bearing the DVC-AN00 model number and gives us an idea of the potential of its MediaTek Dimensity 800 chipset. 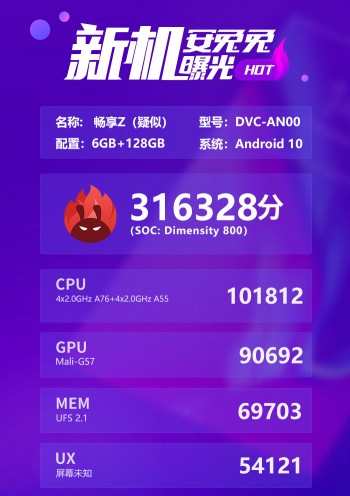 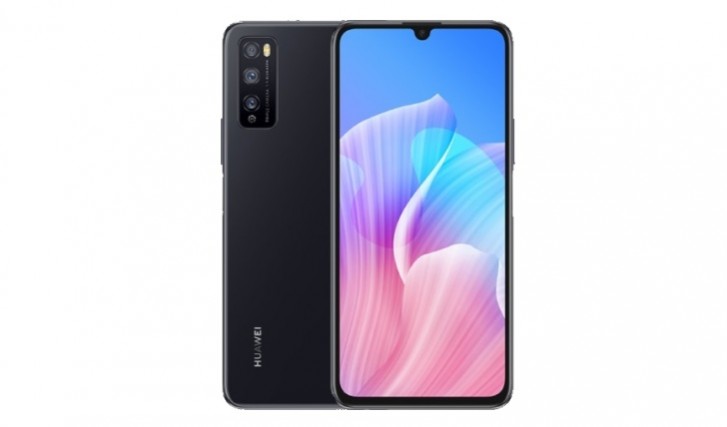 Lastly the UX score comes in at 54,121 points. As a whole, these scores are comparable to the Snapdragon 765 series and Kirin 810 which are among the best performing midrange chipsets.

0
As the expected January 14 launch date for Samsung’s next Galaxy S-line nears, the leaks are starting to give us more a more detailed picture of...
Read more
Mobile Phones

0
Google's Pixel 4a may be a perfectly decent mid-range smartphone on the inside, but its outside has so far been incredibly boring, what with only...
Read more

0
Huami’s Amazfit is teasing a new product launch for December 1. The latest Weibo post by the wearables giant is hyping up a compact...
Read more

0
Samsung is expected to launch the Galaxy S21 series in January and the phones already started popping up on certification websites. The latest entry...
Read more

0
Nearly two years have passed since Apple last refreshed the iMac, but updates are finally here for both 4K and 5K models. Apple today announced that its iMac lineup has...
Read more
Video

The First Ever Magnetically Coiled Cable