Images of Oppo A91 and A8 surface

Last week we saw a leaked poster that revealed the design and a few specs of the yet-to-be-announced Oppo A91. Now an Oppo phone, bearing model number PCPM00 and believed to be the A91, has passed through Geekbench confirming key specs in the process. 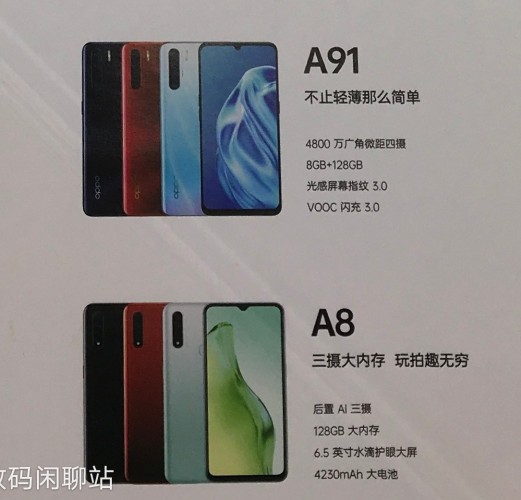 Leaked poster revealing Oppo A91 and A8’s design and specs

Geekbench confirms that A91 will come with a MediaTek MT6771V/CT SoC, 8GB RAM, and Android Pie. The benchmark database doesn’t reveal anything else, but thanks to the phone’s TENAA listing, we know it will sport a 6.4″ FHD+ AMOLED display with a fingerprint reader embedded. 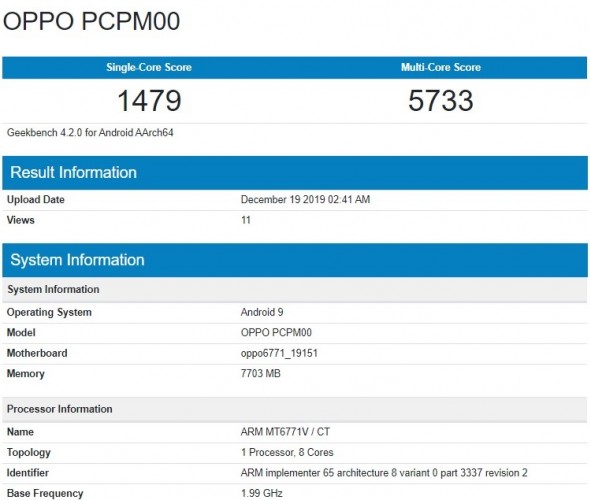 The smartphone will sport a 16MP selfie snapper housed inside the display notch, and around the back will be a quad camera setup which is a combination of one 48MP, one 8MP, and two 2MP modules.

The A91 will pack a battery with a rated capacity of 3,935 mAh, which from a previous leak we know will support VOOC 3.0 fast charging.

According to TENAA, the A91 will come in White and Blue colors, but leaked renders suggest the smartphone will also arrive in a blue-purple gradient while confirming the presence of USB-C and 3.5mm headphone jack located at the bottom. 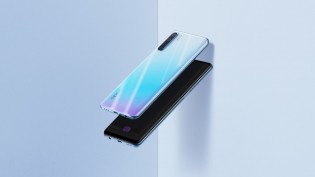 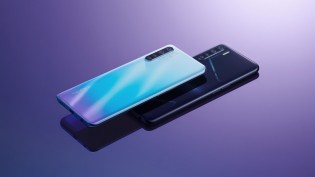 Meanwhile fresh renders of the Oppo A8 have also surfaced. You can check them out below. 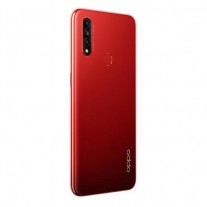 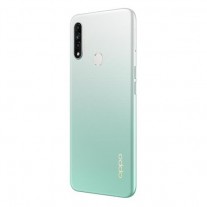 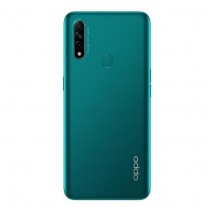 0
The chief executives of Amazon, Apple, Alphabet’s Google and Facebook will appear before a U.S. House of Representatives panel on July 27, the committee...
Read more

THIS Is How Samsung Will Beat The iPhone 12 Pro?

0
THIS Is How Samsung Will Beat The iPhone 12 Pro?
Read more
Gadgets

0
Apple is reportedly working on a new pair of AirPods to be released next year. According to a new investor note from TF Securities...
Read more
Internet