The Indian true wireless stereo (TWS) market 3 a whopping 723% market growth year on year during the July 1 -September 30 period. Despite the ongoing pandemic and decreased consumer spending in other segments, TWS shipments soared to their highest levels during the third quarter.

The number one spot was occupied by India-based brand boAt audio which took 18% of the market share. Xiaomi comes a close second with 16%, while Realme claimed the third spot with 12% of the market. JBL (8%) and Apple (6%) round out the top five. 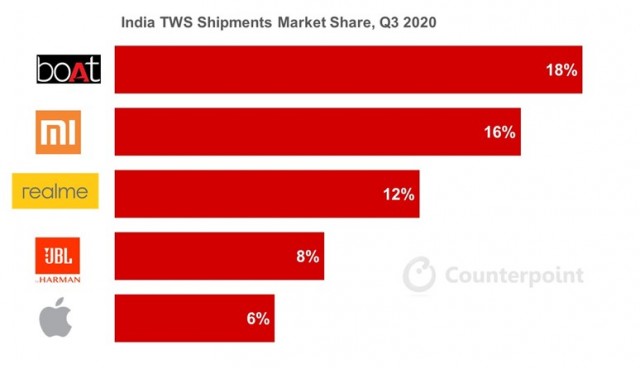 Xiaomi’s Redmi Earbuds 2C were the best-selling pair of TWS earphones in India for Q3 2020 thanks to their affordable INR 999 price and potent feature set. Coming in at second place are boAt’s Airdopes 441 which feature 25 hours of battery life, USB-C charging and enticing sales promotions during the holiday period. Realme’s Buds Q and Buds Air Neo occupied the third and fourth spots while Apple’s second-gen AirPods stood as the fifth best-selling pair or earbuds. 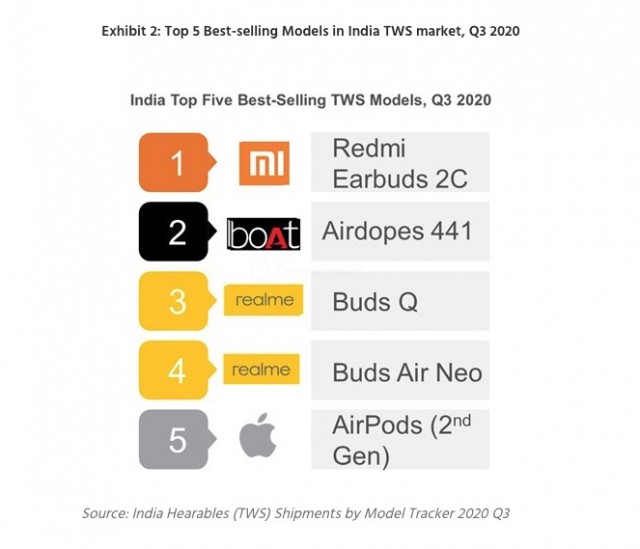 As a whole, the average selling price of TWS earphones in India has increased driven largely by AirPod sales which saw boosted demand thanks to the absence of in-box earphones with the iPhone 12 series. The unprecedented number of people working and studying from home was the biggest factor in the increased demand for TWS earphones.

0
Startup GeoZilla announced a GPS tracker that will track the location of children, pets or elderly relatives. In the USA, the cost of a GPS...
Read more
Gadgets

OnePlus truly wireless earbuds, guess what they look like

0
Over the years OnePlus has launched a bunch of phones and a few Bullets branded earphones, but the company has yet to unveil its...
Read more