iOS 12.2 Suggests ECG App May Appear in UK, Other European Countries With watchOS 5.2

After installing iOS 12.2, some Apple Watch Series 4 owners in the UK are seeing new ECG screens that suggest ECG functionality will expand to the Apple Watch in the country when watchOS 5.2 is released.

Alltechng.com confirms ECG setup screens in the Apple Watch clear and Health apps on the iPhone after installing iOS 12.2. The app is not, however, available on the Apple Watch in the UK right now because Apple hasn’t yet released watchOS 5.2, which is likely required for the feature to work. 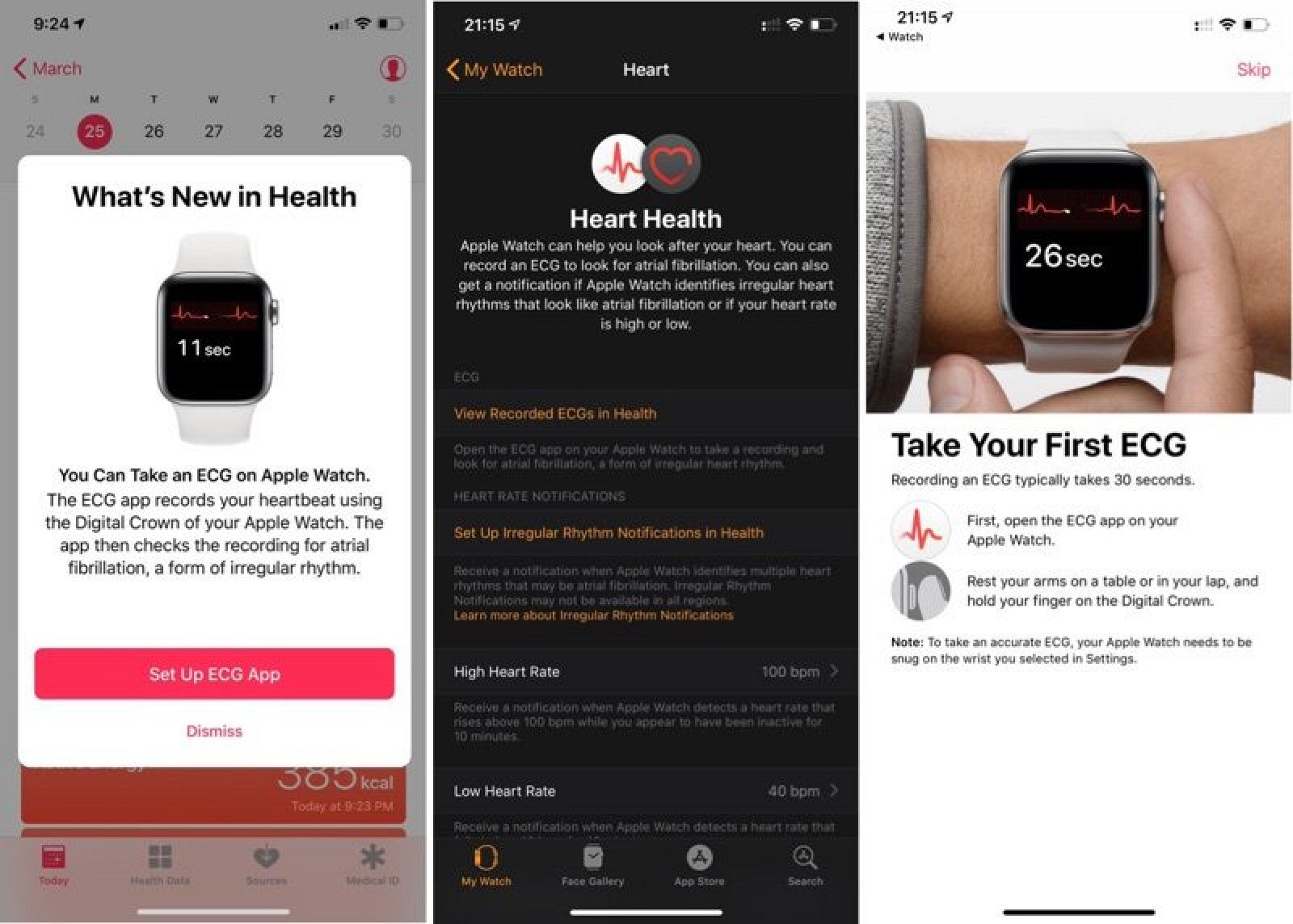 There’s new documentation in the Health app in iOS 12.2 under ECG’s “Instructions for Use” that also hints at upcoming support for the UK and other European countries:

There’s also a new CE mark for the ECG feature in iOS 12.2 in the same document, which, as 9to5Mac points out, indicates that Apple may be planning to expand ECG functionality to all European Economic Area countries that use the CE certification mark.

It’s not yet clear when Apple will launch watchOS 5.2, but with iOS 12.2 already available, it could be coming in the near future. Apple has not updated the list of countries where ECG features are available, but it could be changed once watchOS 5.2 sees a release.

0
Apple in August released the macOS Big Sur beta for its public beta testing group, allowing them to test out the new software for...
Read more
Gadgets

0
Amazon has listed the Amazfit Band 5 on its US website, revealing most of its key features and tech specs. As it turns out, the device...
Read more
Gadgets

0
At its ‘Life Unstoppable’ virtual event today, Samsung unveiled a new multi-device wireless charger called ‘Trio‘ alongside a slew of other gadgets, including the Galaxy...
Read more
Gadgets

0
The South Korean company Samsung, according to Internet sources, next year will bring to the market a new series of smart TVs belonging to the...
Read more

0
Oppo announced ColorOS 7 based on Android 10 back in November, with an initial launch in China followed by it going global. The company has in the...
Read more
Video