Design-wise, both these chipsets are similar. Both the A12 Bionic and the A13 Bionic come with a 6-core CPU with 2 high performance cores and 4 high efficiency cores. They also come with a 4-core GPU with Metal support, and an 8-core Neural Engine for AI and ML tasks.

However, with the A13 Bionic, Apple has made huge strides forward not only in terms of performance (which has always been top-notch on iPhone chipsets) but more importantly in terms of battery life. 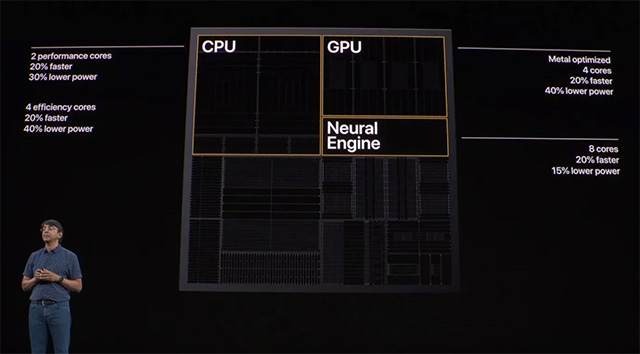 Overall, Apple claims the A13 Bionic offers upto 40% better battery lifethan the A12 Bionic did, and that makes a solid difference.

Look, as far as performance is considered, the A12 Bionic and the A13 Bionic won’t make much of a real-world difference. They are both high-end chipsets that will easily last you 2-3 years without being massively impacted. However, the battery life differences are considerable. In my experience, the iPhone 11 lasts much longer than my iPhone XR does, and a lot of it is probably because of the A13 Bionic’s more power-efficient design.

That said, multi-tasking still might take a slight hit on the iPhone SE. A leaked Chinese telecom listing suggests that the phone has 2GB RAM. That’s actually decent for iOS to handle apps, but the iPhone XR has 3GB RAM so it will obviously be considerably better at handling multiple open apps.

Anyway, as far as the processor is concerned, there is no reason to even consider the iPhone XR when compared to the iPhone SE 2020. The SE brings the latest chipset which is not only more powerful in every way, but also more power efficient. I would wait a bit to see actual reviews of the iPhone SE though, because the 2GB RAM might be a slight issue.

Opuru Joy
Your challenges either make you a BETTER person or a BITTER one, but they can never leave you as the same person. Challenges are 5% of life. Your reaction or response to challenges are the other 95%. Dont let 5% ruin 95%. Stay BLESSED, not STRESSED, Tech report thrills me, Tech report makes me feel better in this world of technology... All Tech News is the best tech zone.
Previous articleiPhone SE Display vs iPhone XR Display
Next articleiPhone SE vs iPhone XR Camera

How To Pose In Photos | 5 Easy Poses