All Tech News
Home Gadgets Latest New Galaxy Buds Plus renders give us our best look at...
GadgetsFeatured

Samsung has been making truly wireless earbuds for a while now and with the rising demand for TWS earphones, the brand is expected to expand its lineup with the Galaxy Buds Plus that should debut alongside the Galaxy S20 lineup on February 11. Now, we have another set of renders that show the Sky Blue, Black and White colors of the earphones from multiple angles. 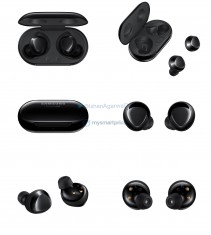 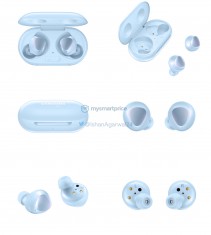 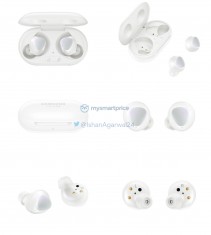 Samsung Galaxy Buds Plus in Black, Sky Blue and White

We already know the Buds Plus won’t featureactive noise cancellation (ANC) but will come with a larger battery than their predecessor. In addition, there are seemingly no differences in terms of design.

A recent Strategy Analytics report revealedSamsung placed third in the global TWS headset market for 2019, trailing Xiaomi and Apple. Samsung will surely aim to grab a larger chunk of the TWS market in 2020 so the new Buds Plus will have high expectations.

According to speculations, the new Buds Plus will be 50% more expensive than the original Galaxy Buds which would put them in the $225 range and in the company of premium offerings like the AirPods Pro and Sony WF-1000XM3.

Pauline A . E
Be the change you want to see in the world...
Previous articleOLED vs QLED – With a Microscope! – What is the best TV?
Next articleNew Google Pixel Buds go through Bluetooth certification

0
After a week chock full of teasers and feature confirmations, OnePlus took the wraps off its newest flagship phones – the OnePlus 8 and...
Read more
Video

0
To start earning heavily you must install Telegram on your smartphone: use the link below to start making money online. USE THIS LINK To Start...
Read more