LG is rumored to unveil the flagship V60 ThinQ next year in February at the Mobile World Congress (MWC) in Barcelona, Spain. But before that, the company might announce a budget smartphone dubbed Neon Plus that has appeared in a leaked render.

The image confirms the blue color for the Neon Plus and reveals the design which looks straight from 2016 since the display is surrounded by thick bezels at the top and bottom.

The render also tells us that the smartphone will come with a single 8MP primary camera and a 5MP selfie shooter. The phone has its power button on the right side, with the volume rocker and a dedicated Google Assistant button residing on the left.

The LG Neon Plus will have a 3.5 mm headphone jack, but it will charge through a microUSB port. 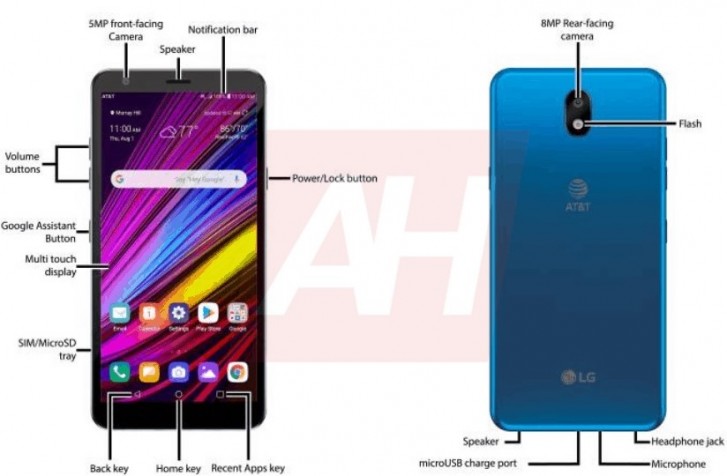 The rest of the specs of the Neon Plus like its processor, RAM, display size, and battery capacity are currently a mystery.

The date on the lock screen of the Neon Plus hints at August 1, 2020 announcement, but we are likely to see it go official at Consumer Electronics Show (CES) next month.

We’ll know the pricing and availability details of the Neon Plus after it goes official, but right now what we do know is that it will come to AT&T.

Opuru Joy
Your challenges either make you a BETTER person or a BITTER one, but they can never leave you as the same person. Challenges are 5% of life. Your reaction or response to challenges are the other 95%. Dont let 5% ruin 95%. Stay BLESSED, not STRESSED, Tech report thrills me, Tech report makes me feel better in this world of technology... All Tech News is the best tech zone.
Previous articleWhatsApp adds expiring messages for group chats in latest beta
Next articleRealme X50 5G official poster and live images arrive: side-mounted fingerprint reader confirmed