Back in October, Microsoft’s Surface event revealed the company’s next form factor. The Microsoft Surface Duo and Surface Neo both feature dual displays held together with a fully rotating hinge that can be adjusted to any angle. The submission of the patent for this particular hinge mechanism has been published by the WIPO.

The patent was submitted by Microsoft for an “ADJUSTABLE CLOSURE MAGNET FOR HINGED DEVICE WITH ASSISTED OPEN”. The patent includes a diagram of a single link in the hinge mechanism, which we’d imagine would be numerously used along the spine of the devices. 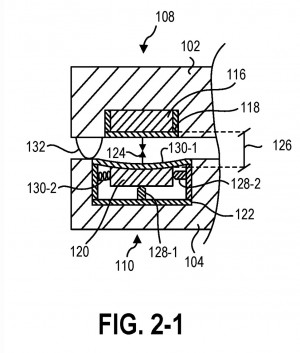 The Surface Duo is a Surface smartphone announced by Microsoft with dual displays, featuring a 360-degree rotating hinge with Surface Pen support. Though the Neo and Duo devices are similar in form factor, the Neo features two 9-inch displays and runs Windows 10X while the Duo has two 5.6-inch screens and will be powered by Android.

The Surface Duo (the smaller that’s a phone) is expected to have a “world-class camera” and The Surface Neo and Duo are expected to arrive sometime before the 2020 holiday season.

Pauline A . E
Be the change you want to see in the world...
Previous articleTurn any iPhone into iPhone X | XS – Get Features, Face ID, Animoji
Next articleApple begins battery replacement program for iPhone XR, XS, and XS Max

How to see anyone’s phone activity in your phone

Get hooked up! Best 4K TVs for gaming on Xbox Series X or PS5

0
Get hooked up! Best 4K TVs for gaming on Xbox Series X or PS5... It's time to upgrade your gaming setup! With the Sony PS5...
Read more