Microsoft today announced that it plans to bring a version of its Defender ATP security platform to iOS and Android. 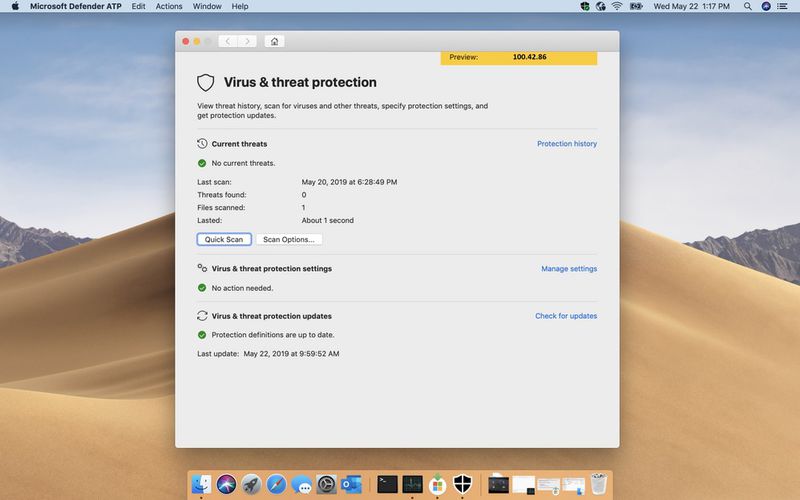 Defender ATP provides “preventive protection, post-breach detection, and automated investigation and response” for Windows and macOS, but it is unclear what the platform will offer on iOS given it is a sandboxed operating system. Existing “antivirus” apps for the iPhone typically only offer features such as identity theft and phishing prevention, website and phone call blocking, and VPN access.

Microsoft plans to share more details about Defender ATP for iOS and Android next week at the RSA Conference in San Francisco.

Pauline A . E
Previous articleSam’s Club Offering $300 Gift Card With Purchase and Activation of iPhone XS, XS Max, and X
Next articleSpotify May Be Allowed to Stream Directly on HomePod and Set as Default Music App in iOS 14

0
The iPhone 12 and 12 Pro has been on open sale in some regions for just a few days and so far demand has...
Read more
Tech News

0
Amazon One that allows shoppers to pay at stores by placing their palm over a scanner... Amazon on Tuesday announced a new contactless biometric technology called...
Read more

0
Report has it that the National Bureau of Statistics on Friday released the Consumer Price Index which measures inflation with the index dropping from...
Read more
Video

Apple video service may charge $10 each for HBO

0
The recent tech update disclose that Apple video service may charge $10 each for HBO... Read the current full report bellow... It is clear that...
Read more