New LG “Wing” rumored to have This New Feature

A new LG smartphone has surfaced in reports, and a (questionable) image gives us an idea of what the this phone could look like. The new LG device is codenamed: WING, whose form-factor resembles the letter “T”. Such a device would take the Dual Screen form factor to new heights with a 4-inch square display that hides under the main one. Flipping the screen out turns the main display to a horizontal orientation while revealing a new square display. 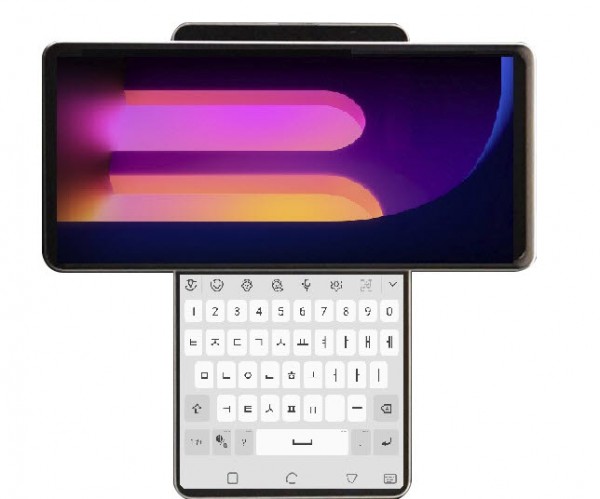 This image is obviously (and terribly) photo-chopped, so you must take this report with a hefty amount of skepticism. The device is T-shaped when open, and the screen resembles two wings opening next to the main shape, thus the reason for its codename. The device would supposedly run a 7-series Snapdragon CPU and is said to equip a 64MP main camera sensor.

The idea behind the smaller, square (1:1 aspect ratio) display is that it might offer additional information related to the main screen (said to be 6.8-inches). One example offered by the report was being able to edit a photo or video that’s previewed on the main screen while all controls and commands are reserved to the secondary screen. Or imagine watching a YouTube video in full screen while scrolling through comments on the second one.

According to the report by ET News, LG is currently in the development phase of this device with plans to launch it sometime in H2 of 2020. LG’s already gotten much attention with its new LG Velvet phones, and LG is no stranger to taking huge risks when it comes to unique hardware and form factors. This is shaping up to be an interesting year for LG.

20 Celebrity You Did Not Know Were Lesbian

0
20 Celebrity You Did Not Know Were Lesbian... Hollywood hasn’t been the most supportive when it comes to homosexual celebrities. For women, it’s even worse....
Read more
Make Money Online

Wallets and the coins need for Meta Force registration

0
Wallets and the coins we need for registration 1. Trust wallet 2. Token Pocket 3. Metamask Above is the wallets we need to download, please select one download...
Read more
Make Money Online

0
Quick summary of everything you need to know about META FORCE 💫 It is a Marketing business model 💫Registrations fee is very cheap ($5), you need...
Read more

0
Infinix has a couple of current devices under its “Hot” family line – the vanilla Hot 10 and the Hot 10 Lite. Like its name suggests, the latter...
Read more
Video

Galaxy S21 – Qualcomm Should Be Worried