One of the most interesting news from yesterday is that Huawei’s official France account teased the upcoming P40 Pro with a graphene battery and shortly after, a wave of skeptics came in to comment that this is pretty much impossible at the current state of technology. 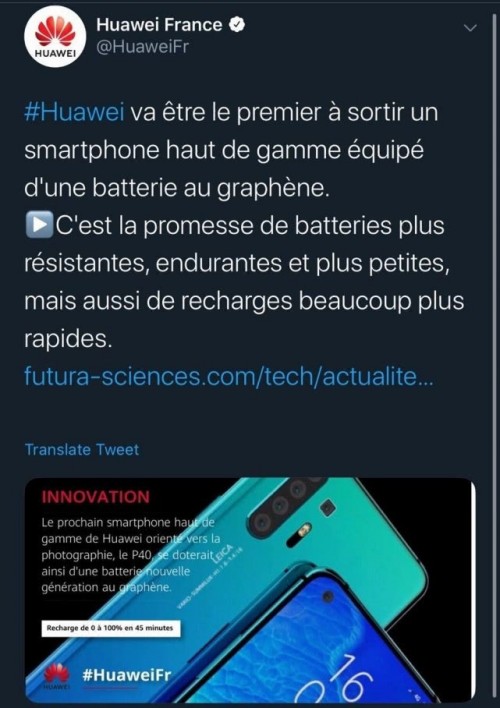 And they were right. Huawei France’s Twitter account has since deleted the post and made an official statement that this is just a rumor and not an official confirmation. In fact, the officials said that the technology is still far from being ready for implementation so we shouldn’t hold our breath.

Well, it was exciting (kind of) while it lasted. Industry experts say that the first graphene batteries in phones should start popping up sometime in 2021 – best case scenario.

In any case, we can’t wait for the first graphene batteries to come out and see what the miracle material is capable of. We are promised unseen charging speeds, minimal battery deterioration over time and better density.

Which iPad Should You Choose in 2020?

0
Which iPad Should You Choose in 2020?
Read more
Video