All Tech News
Home Mobile Phones OnePlus Nord has sold out in most of Europe and India -...
Mobile PhonesFeatured

The OnePlus Nord has sold out in most of Europe and India. At least the more affordable 8/128 GB model (in either gray or blue) is out of stock. Only in the UK there’s a note saying that it “ships within 3 days”.

If you’re in mainland Europe, you can still buy a Nord, but you’ll have to pick up the €500 version with 12GB of RAM and 256GB storage. That one is ready to ship in 24 hours anywhere on the Old Continent. 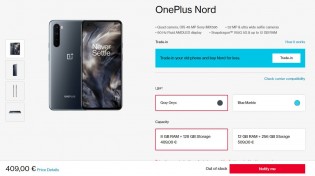 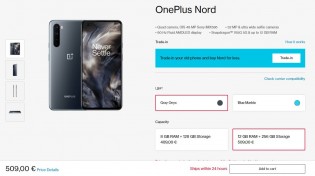 That’s not the case in India where all versions of the phone are not available – not on the official site, not on Amazon and Flipkart either.

There’s no word from OnePlus when the cheaper version of the Nord will be back in stock. You can sign up for a notification for when that happens, though.

alltechng
Technology is making life more meaningful, improves productivity... We are tech lovers...
Previous articleThe Nokia 2.4 (aka Wolverine) may be unveiled at IFA later this week
Next article5G mmWave-enabled iPhones will fall far short of the current market predictions

0
Surface Duo Hands-On and Unboxing! Checking out the new Microsoft Surface Duo. This is a really interesting device and I can't wait to test it...
Read more
Video