A new report from French website WatchGeneration cited an Apple database that briefly showed mention of a Product (RED) Apple Watch before it was quickly removed. The report was posted along with the following mock-up images, which depict the aluminum body of the Apple Watch Series 5 in a rather pale hue of red. 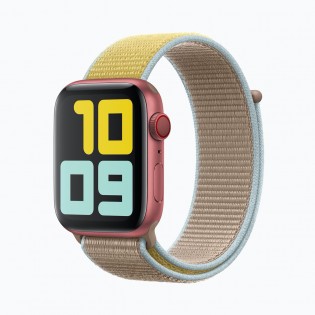 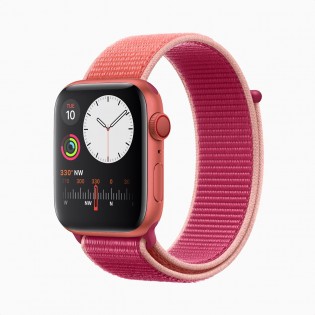 The report doesn’t reveal much more than: “it briefly appeared in an Apple database, under a reference number different from RED bracelets.” (translated from French). The report speculates that the supposed (RED) Apple Watch is a Series 5 and would be sold at the same cost as the aluminum variants for €449 or $399 in the US.

Historically, Product (RED) devices from Apple launched in the springtime. If such an Apple Watch were to exist, the earliest it could arrive is this spring.

Ever since the Series 3 Apple Watch saw a drastic price reduction, the wearable is as popular as ever. We anticipate Apple Watch (as well as AirPods) will continue to sell strongly going into the new year. Should there really be a (RED) Apple Watch, we anticipate it will certainly be high in demand.

0
Apple is looking to get rid of all the ports in its future iPhones. That’s the prediction from a known Apple leaker, who says that...
Read more