Xiaomi unveiled the Redmi Note 9 Pro and Note 9 Pro Max last month, but the standard Redmi Note 9 was conspicuous by its absence. That, however, is expected to change soon, with the entry-level model in the Note 9-series (model number: M2003J15SC) being certified by the Chinese electronics certification agency, TENAA. The development follows the 3C certification that the device received earlier this month. 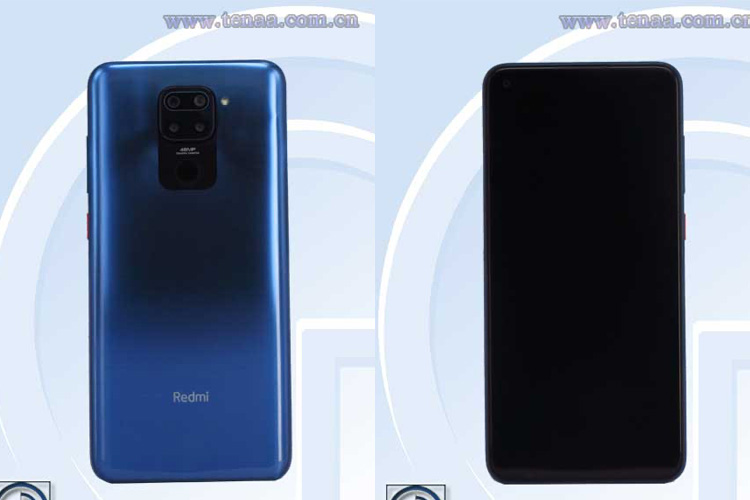 The listing on the official TENAA website has revealed some of the key specifications of the upcoming device, including a 6.53-inch Full-HD+ (2340 x 1080) IPS LCD display. The listing also suggests that the phone will ship with a 48MP primary camera on the back, while the front-facing selfie-cam will have a 13MP sensor. It will also run Android 10 and sport a 4,920mAh battery, which will be a significant improvement from the 4,000mAh unit on the Redmi Note 8.

The exact identity of the processor is not revealed, but it will have a 2GHz CPU, as per the listing. Rumors suggest that it might be powered by the MediaTek Helio G80 SoC, but that’s yet to be confirmed. Either way, the TENAA listing further revealed that the device will be offered with 3GB, 4GB and 6GB of RAM alongside 32GB, 64GB and 128GB of built-in storage. It will also support microSD cards of up to 512GB in capacity.

Meanwhile, images published by the agency also show that the device will have a quad-cam setup at the back, while earlier leaked images suggested that it will have a punch-hole selfie-cam upfront.

The phone will also apparently ship with a good old-fashioned rear-mounted independent fingerprint scanner rather than one that’s integrated with the power button on the side. Either way, some of the key details remain a mystery for now, but we’ll hopefully get more info soon.

Opuru Joy
Your challenges either make you a BETTER person or a BITTER one, but they can never leave you as the same person. Challenges are 5% of life. Your reaction or response to challenges are the other 95%. Dont let 5% ruin 95%. Stay BLESSED, not STRESSED, Tech report thrills me, Tech report makes me feel better in this world of technology... All Tech News is the best tech zone.
Previous articleiPhone SE (2020) Vs iPhone 7
Next articleCyberpunk 2077-Themed Xbox One X

0
Ever heard of a Pixel XE? Don't worry, we haven't either, which in addition to its unconfirmed source makes this leak very suspect. Still, Pixels...
Read more
Video

0
Apple Music vs Spotify: Which is BEST in 2020? It’s been 5 years since Apple Music was released to compete with Spotify, and now they’re...
Read more
Video