Samsung has launched its newest addition to the Galaxy A-series line up — the Galaxy A70 and A80. This time though, I tried out the latter and here are my initial thoughts on this device.

Unlike its siblings, the Galaxy A80 takes its design to another level with its great and premium look. Instead of the Glasstic back panel, we get a 3D glass — yes it’s not a glossy plastic anymore — along with a metal frame covering the device. Comparing it with the Galaxy A70, this gives a more professional, yet stylish vibe which is always a plus.

As you’ve noticed, its front panel doesn’t have a visible front camera thanks to its motorized sliding component (visibly separated from the body) that houses the rotating 48MP + 8MP + 3D Depth sensing cameras. The twist, however, is that these lenses serve both as the front and the rear shooters. This kind of set up is unique, and you won’t find anything like it with the smartphone releases nowadays. 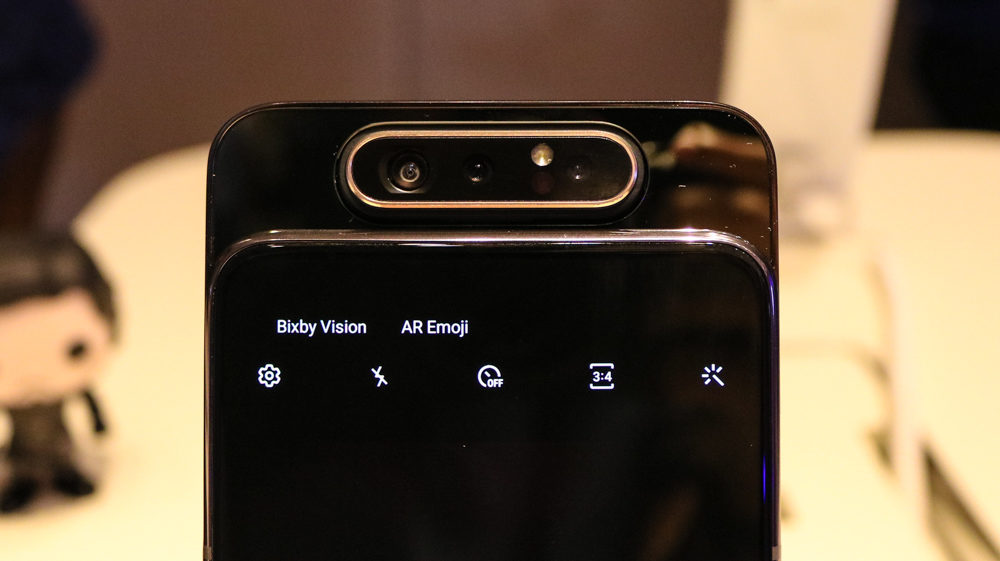 The image below is how it looks when the camera is in the process of switching from front to rear and vice versa. 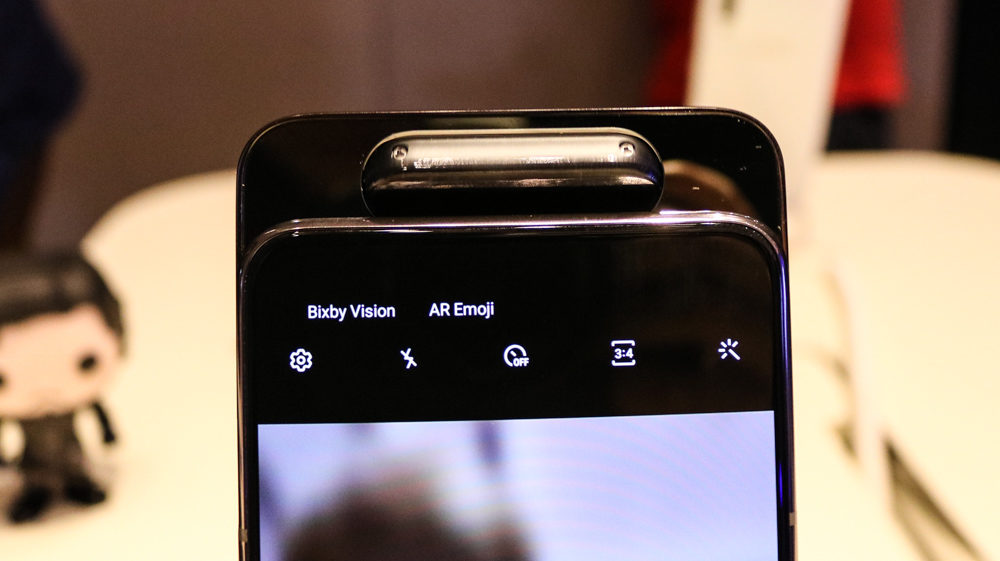 The Galaxy A80 comes with a 6.7-inch AMOLED display which is punchy and color accurate with dark blacks and brighter whites. Overall, I like this kind of setup given that it doesn’t have any components hindering the front panel. The left part houses the volume rocker which is clicky and tactile. I like its positioning as I don’t have to adjust my finger just to reach them. 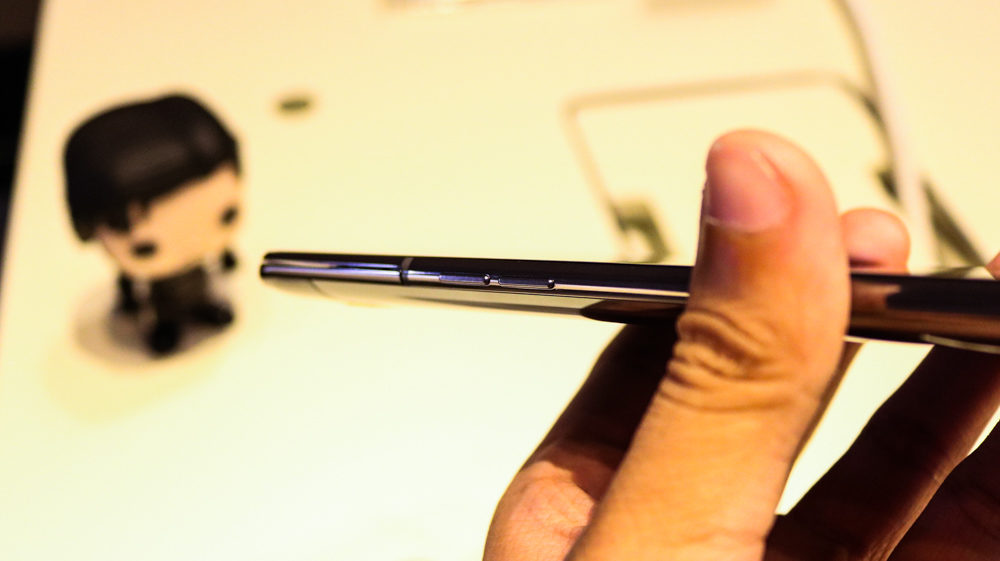 On the right side, you’ll see the lone power button that has the same tactility as the buttons mentioned earlier. What’s unusual, however, is that the Galaxy A80 does not have a dedicated Bixby button, something that’s commonly seen in various Samsung smartphones. 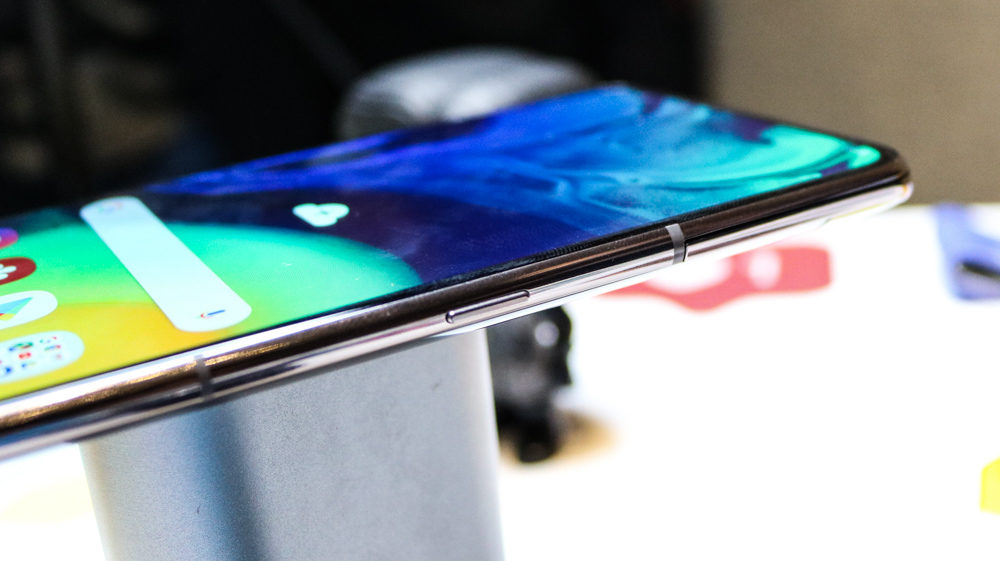 Checking the bottom part will show you the dual-SIM tray, USB Type-C port, microphone, and loudspeaker while at the top is the lone noise-canceling microphone. I’m somewhat disappointed that it doesn’t have a microSD card slot. 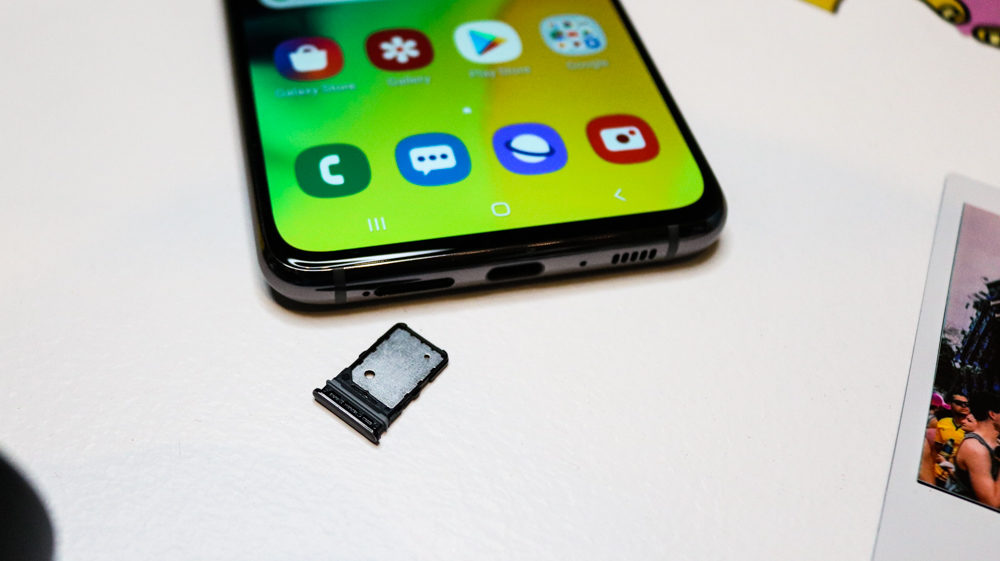 Flip the device on its back, and you’ll see the same camera setup given that it’s just rotating when switching to rear or front. The image below is what it looks like when the camera is flipped to the front. 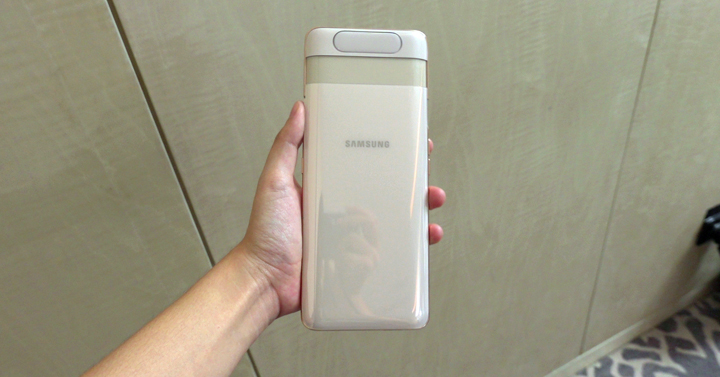 Overall, the Galaxy A80 is pretty broad, given its 9.3mm thickness because of the motorized mechanism. It still feels premium and solid thanks to its glass body and metal frame, but, my main problem with this is that it is prone to fingerprint marks and smudges.

I’ve yet to test out its camera capability but expect that both front and rear images will have the same quality because it uses the same lenses. 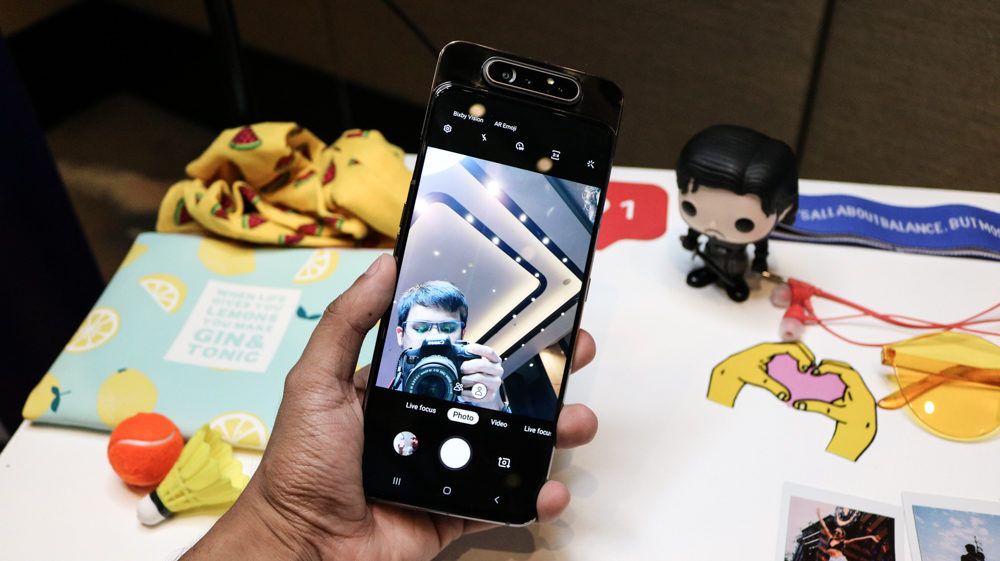 Powering the Galaxy A80 is the new Snapdragon SM7150 chipset paired with 8GB of RAM and 128GB of storage. I still don’t have the necessary data to know how well it performs but based on the highest attainable clock speed; I expect that it can execute tasks such as multi-tasking, file transferring, video streaming, and browsing with ease.

The device carries a 3,700mAh battery with a 25W Super Fast Charging support. It comes with an On-Screen fingerprint scanner and runs on Android 9 Pie which should be the standard now. I feel like the Samsung Galaxy A80 is the company’s fully working prototype device given its rotating camera feature so I wouldn’t advise you to get this one just yet. In summary, this smartphone is impressive due to its new innovative features, but, I still have my reservations upon recommending this phone to you guys. Stay tuned as we’ll take it for a full spin soon!

0
The Abuja Chamber of Commerce and Industry on Friday said that Nigeria and Russia would sign a Memorandum of Understanding on production of pre-paid...
Read more
Internet

0
Free Airtel 25GB  Data & More... While Other cheats are available and working based on the requirements, you can partake in this one by following...
Read more
Video

iPhone 11 – Why You Should still Choose it Over the iPhone 12!