Samsung had great success in the midrange market last year thanks to its revamped A-series and M-series. 2020 is set to deliver even more Samsung phones in that segment and a new set of certifications from the Wi-Fi Alliance gives us some more details about the upcoming Galaxy M11, M31 and A11.

The listing reveals all three handsets will run Android 10 but the M11 (model number SM-M115F/DS) and A11 (SM-A115F/DS) will only support single band 2.4GHz Wi-Fi connectivity while the M31 (SM-M315F/DS) steps up to dual-band capabilities. 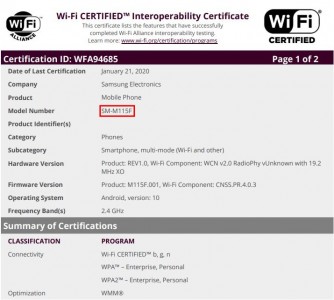 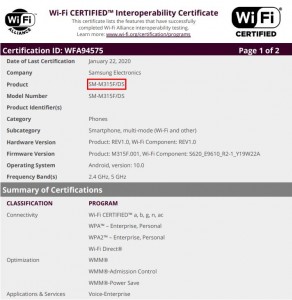 The only other info we have on the M11 is that it will to come in blue, black and violet colors. The M31 was spotted on Geekbench with an Exynos 9611 SoC and 6GB RAM but we’ve also seen some reports that we could see the Snapdragon 665 instead. The camera department is expected to come with a 48MP main shooter alongside a 12MP wide and 5MP depth helper. 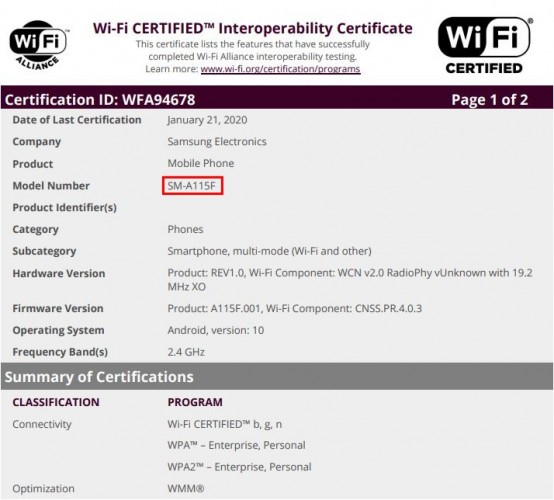 The A11 is expected to come with 64GB base storage but that’s about all we know about this model so far. We’ll make sure to update you once we have more info on either of these.

Pauline A . E
Be the change you want to see in the world...
Previous articleMagicWatch 2 Limited Edition with striking designs
Next articleApple to begin iPhone 9 production