The 2019 Samsung flagship series boasts of a new arrival known as the Samsung Galaxy S10 Plus. With this premium smartphone, Samsung redefines the display of its flagship smartphones. Also, the phone comes with new killer features in all aspects ranging from punch-hole design, in-display fingerprint sensor, reverse wireless charging, and a five-camera setup including dual selfie cameras.  For the records, it is the first Samsung Galaxy flagship phone with dual selfie cameras. 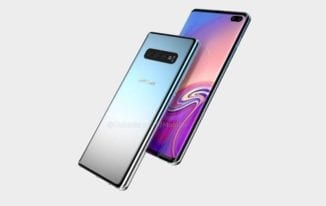 Samsung Galaxy S10 Plus establishes an upgraded version of the Infinity-O design due to the dual selfie camera sensors at its top right. Instead of taking the O shape like the Galaxy S10, the cutout takes the form of a pill. Nonetheless, it’s still called the Infinity-O display.

How this new design impacts the phone’s appearance is evident in the top and bottom reduced bezels. Physical buttons are arranged at the right and left sides of the smartphone. Volume buttons and the Bixby button are placed at the left side while the power button stays at the right.

Samsung’s inclusion of the Bixby button is questionable to an extent. Since the AI (that is Bixby) can be called to action through voice activation, a dedicated button seems unneeded. On a few occasions, the Bixby button is mistaken for the volume controller. In such cases, an attempt to reduce volume could see you prompting Bixby. Well, a little more attention should mitigate such occurrences.

To unlock the smartphone, you don’t have to move your index finger to the back anymore; instead you’ll only place your thumb at the lower third of the smartphone’s screen. That’s the advantage of the ultrasonic in-display fingerprint sensor.

Samsung Galaxy S10 Plus is one of the first smartphones to feature an HDR10+ screen. HDR10 is common to flagship phone,  but HDR10+ is popular among top smart TVs. This feature is supported on a 6.4-inch Dynamic AMOLED touchscreen balanced with 1080 x 2340 pixels resolution.

When talking about the big guns with the best cameras, you can’t help but think about this smartphone. There’s a total of five stunning cameras on this device – two at the front and three at the back.

Starting from the front, 10MP and 8MP shooters are left in charge of taking mind boggling selfies. While the 10MP camera attends to regular photography, the 8MP sensor infuses depth information for smart bokehs. Given the absence of the iris scanner, the selfie cameras here offer Face identification on the smartphone.

On the reverse, triple cameras are arranged horizontally in like fashion as the S10. The main shooter in this pack is the 12MP primary sensor with variable apertures of f/1.5 and f/2.4.

Right next to it is the telephoto camera with 12MP lens and 2x optical zoom to influence portrait pictures. The ultra-wide lens makes it to the Samsung Galaxy premium lineup for the first time thanks to the 16MP ultra-wide sensor.

0
Samsung’s Galaxy Unpacked event is still a week away but we’re now getting our first look at the upcoming Galaxy Z Fold2. Twitter user @hwangmh01 posted an...
Read more

0
iPhone 12 - When are we getting the iPhone 12? According to his information Apple will hold the iPhone 12 and 12 Pro event in...
Read more

Plug 10 Chargers in an iPhone? See What Happens – One Mega Charger!

0
What Happens When You Plug 10 Chargers in an iPhone? - One Mega Charger! The iPhone is a smartphone made by Apple that combines a computer, iPod,...
Read more

0
Guy y Spends $20,000 of Mother's Mone on Twitch Donations. This is crazy thing to do, the guy must have his reasons for donating such...
Read more

Amazing iPhone Wallpapers – How To Find Them !?

0
Amazing iPhone Wallpapers - How To Find Them !?. Get the best iPhone wallpapers. Make your iPhone look beautiful by downloading the best wallpapers form...
Read more
Internet

US Senator Schumer calls for security probe into Russia’s FaceApp

0
U.S. Senate minority leader Chuck Schumer called on the FBI and the Federal Trade Commission to conduct a national security and privacy investigation into...
Read more