Base on current trending image, posted to Slashleaks, is roughly consistent with the dimensions of 2018 iPhones, but only depicts the new phone’s metal chassis for the sake of welding. The most significant detail is its rear cutouts, which appear to include three circular ones for camera lenses.

The anonymous leaker identifies the phone as an “iPhone XI,” but without any other details, and there’s no way of verifying the schematic’s authenticity.

It would however be consistent with reports that Apple is planning to add a triple-lens rear camera to one or more 2019 iPhones. In fact it appears to match an early render showing an iPhone with a square camera bump, as well as two smaller holes including one for flash. 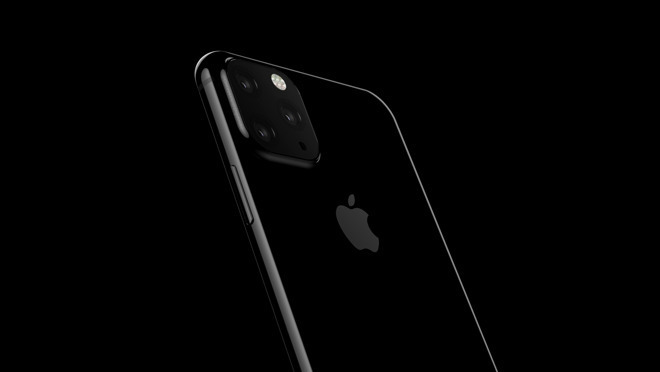 An early render based on rumors.
It’s thought that one way or another, Apple may be developing rear-facing depth mapping technology using a “time of flight” system. That could improve both Portrait shooting and augmented reality.

Depth mapping is already present on current iPhones, but relying on AI and/or a second lens for rear shooting, and dot projection on the front, the latter of which has very short range.