vivo officially announced today that it will expand its iQOO brand to India. In an interview with The Mobile Indian, the marketing director of iQOO India revealed that we will see two phones in the country by the second week of February.

Both devices will have similar design and specs, but one of them will support 5G networks, which will make it the first 5G smartphone in the country. 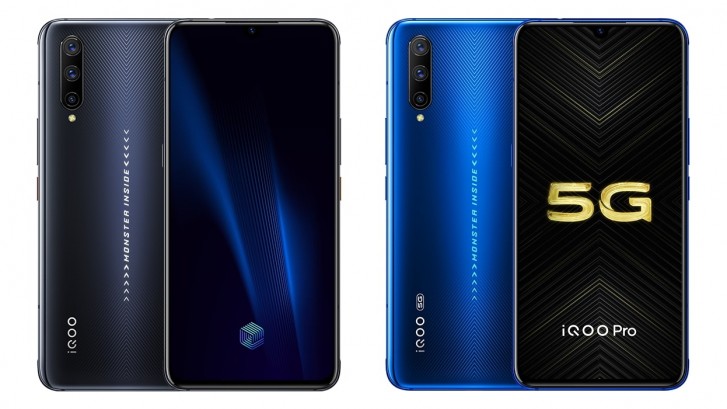 Gagan Arora, the senior executive that is responsible for the marketing of the brand in India, revealed both phones will be identical in terms of features, but the 5G version will be powered by Snapdragon 865. He also claimed it will be exclusive to India with an industry-first – a new battery technology.

Yesterday we reported a patent about “vivo Super FlashCharge” moniker and logo, so this might bring ultra-fast charging speeds of 55W.

We didn’t hear anything about the 4G device, but we are assuming it could be the same Snapdragon 865-powered smartphone, but without the crucial Snapdragon X55 modem that enables the 5G connectivity. There’s also the possibility it might arrive with Snapdragon 720G – the new chipset that was recently introduced specifically for the needs of the Indian smartphone market.

Pauline A . E
Be the change you want to see in the world...
Previous articleFIX Unable to Install Update IOS 13 – An Error Occurred While Installing IOS
Next articleSamsung’s AirDrop alternative

14 Coolest Gadgets That Are Worth Seeing

0
14 Coolest Gadgets That Are Worth Seeing Yep, this is another set of gadgets you might be interested in! There’s something that creators will definitely...
Read more

13 Coolest Gadgets That Are Worth Seeing

0
13 Coolest Gadgets That Are Worth Seeing We’re back with another set of gadgets you should take a look at! Today we’ve got some really...
Read more

You Won’t Believe What the NEXT iPad Pro Will Feature!

0
You Won't Believe What the NEXT iPad Pro Will Feature!
Read more

17 Coolest Gadgets for Men That Are Worth Seeing

0
The Federal Government will propose to the National Assembly about N9.79 trillion as total expenditure in the 2020 budget, the Minister of Finance, Budget...
Read more