Xiaomi has been teasing the launch of new phones in China. The company has finally unveiled what’s being launched and when. It even went ahead and displayed an official render of the device on Chinese social media platform, Weibo. Xiaomi will be conducting a launch event for their next gen flagships Mi 10 and Mi 10 Pro on February 13 in China. The company will go on to globally unveil the new phones one day before the MWC 2020 commences. The Xiaomi Mi 10 and Mi 10 Pro will be launched globally on Feb 23 in Barcelona, Spain.

The details revealed in a tweet about the new Mi phones seem to be in line with the leaks that have surfaced so far. Last week, a banner of the Mi 10 and Mi 10 Pro was leaked ahead of the official reveal from Xiaomi. The new render released by the company is identical to the banner. 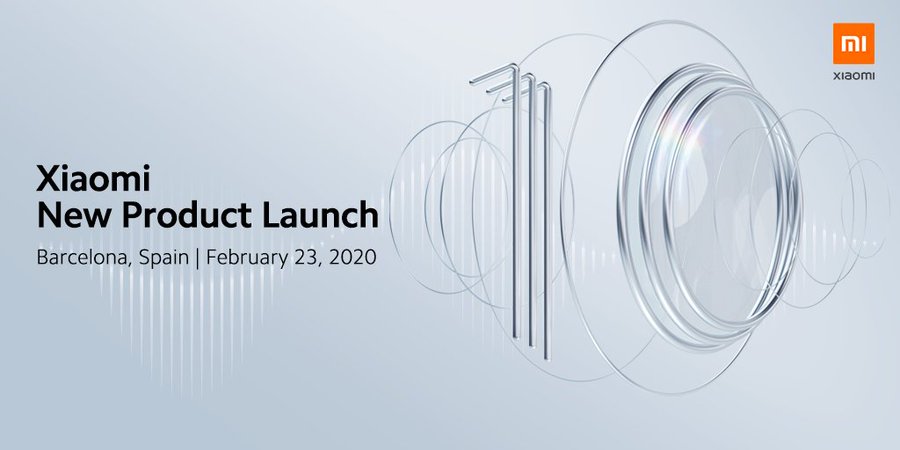 The render clearly shows that the Chinese smartphone giant will be launching two devices and not one. While the Mi 10 is expected to feature a 64MP camera, the Mi 10 Pro is the device that took the sample pictures shared by the company’s Vice President and Redmi Brand’s General Manager, Lu Weibing. The Pro version is estimated to house a 108MP camera module.

Xiaomi’s new flagships will be powered by Qualcomm’s new Snapdragon 865 chipset and will also come with 5G connectivity. The banner that leaked the renders of the devices also provided a few details regarding the devices. The Mi 10 and Mi 10 Pro will be capable of recording 8K videos and are also expected to come with a high refresh rate display.

The devices will feature OLED screens with curved edges as apparent in the image shared by the company. The front camera will be housed within the screen in a punch hole format. More details are expected to be revealed during the run up to the event. Xiaomi has timed the launch event suspiciously close to Samsung’s Galaxy Unpacked event where the company will also reveal a Fold device. The Samsung event is scheduled for February 11.

Opuru Joy
Your challenges either make you a BETTER person or a BITTER one, but they can never leave you as the same person. Challenges are 5% of life. Your reaction or response to challenges are the other 95%. Dont let 5% ruin 95%. Stay BLESSED, not STRESSED, Tech report thrills me, Tech report makes me feel better in this world of technology... All Tech News is the best tech zone.
Previous article(2020) phone from the future
Next articleSamsung Galaxy A71 in for review – What Special

0
13 Coolest Gadgets That Are Worth Buying... There’s a ton of cool new tech on today’s menu. So we’re about to show you how to...
Read more

14 Coolest Gadgets for Men That Are Worth Buying

0
14 Coolest Gadgets for Men That Are Worth Buying... So this is another set of gadgets for men! You're about to see a bunch of...
Read more

0
iOS 15 New Features Leaked, Supported Devices and Everything Expected.. iOS 15 will be shown in one month and will release iOS 15 Beta around...
Read more