Xiaomi is gearing up to launch the Mi 10 and Mi 10 Pro flagship smartphones together, possibly at Mobile World Congress in February. Earlier this year a full list of purported specs for both modelsleaked, and today we have an alleged shot of a tempered glass screen protector for the Mi 10.

This shows us that the phone’s display will be curved, at least on two sides, but possibly even on all four (although the curvature is unsurprisingly much more pronounced to the left and right). 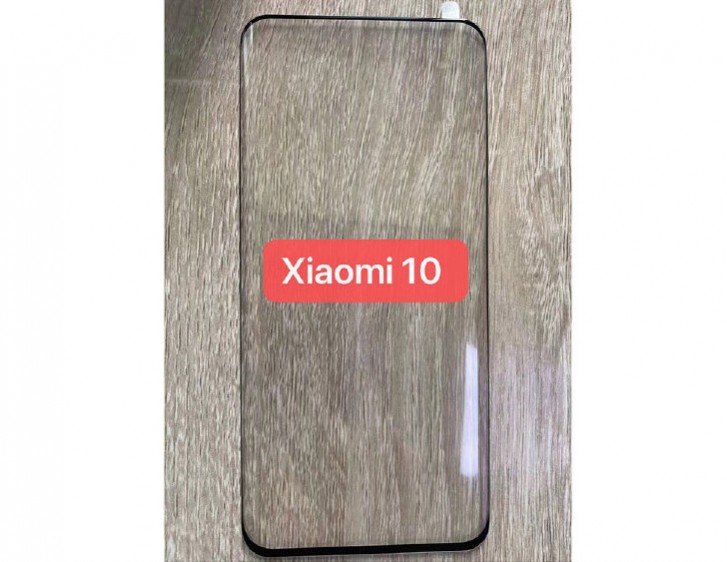 The panel seems to have incredibly small bezels all-round, with only the chin sticking out somewhat – still much less than any previous Xiaomi handset, though. There are no visible holes in the screen protector nor cutouts for a possible notch, which might make you think that it will boast an under-display selfie camera.

However, the leakster who provided this image says that there are in fact holes – plural – to be found. So we wouldn’t be surprised to see a dual punch-hole design. The screen protector doesn’t need a cutout for those. It looks like pop-up selfie cameras are going the way of the dodo in 2020, to be replaced, for starters, with punch-holes mostly, but also some notches here and there for good measure (mostly in the more affordable devices).

Opuru Joy
Your challenges either make you a BETTER person or a BITTER one, but they can never leave you as the same person. Challenges are 5% of life. Your reaction or response to challenges are the other 95%. Dont let 5% ruin 95%. Stay BLESSED, not STRESSED, Tech report thrills me, Tech report makes me feel better in this world of technology... All Tech News is the best tech zone.
Previous articleThere won’t be a Pixel 4a XL
Next articleXiaomi Using Home Security Camera to Do This

0
In a bid to further deepen the nation’s capital market and enable it provide development capital for medium and small-scale enterprises of the economy,...
Read more
Tech News

0
Samsung may be prepping to add an all-new entry-level smartphone to its Galaxy M-series in the coming weeks. Called the Galaxy M01, the device showed up on...
Read more
Internet

0
Instagram recently started showing unfollow suggestions with ‘Least Interacted With’ and ‘Most Shown in Feed’ categories to remove people you no longer interact with. The...
Read more
Mobile Phones

0
In the backdrop of the heart-wrenching impact of the COVID-19, prevention seems to have become the new definition of cure. And rightly so as it...
Read more

0
Losses from cryptocurrency crime surged to 4.52 billion dollars in 2019, as insider theft soared even as hacking losses declined, according to a report...
Read more